On Motoring Monday we’re getting into some nuts and bolts with an in-depth look at what’s under the skin of the all-new 2016 BMW 7-Series, taking a look at Ford’s autonomous driving research, and the off-road cred of the new Mercedes-Benz GLC crossover which comes out this fall.

While we usually like to talk up engines and horsepower, the structure under the skin of the new 2016 BMW 7-Series sedan is likely more groundbreaking than anything under its hood.

At first glance the 2016 BMW 7-Series barely looks new, perhaps it’s just a mid-cycle design refresh with new headlights, a few new gadgets, new engine specs and a wheel design or two. Nothing could be further from the truth.

No, this is an all-new car right down to its revolutionary new combination material structure using steel, aluminum and carbon fiber. The exotic lightweight material is used in key locations creating a structural design they call Carbon Core.

Lightweight high tensile steels are used in traditional areas, aluminum for door frames, substructures, and much of the exterior skin. Carbon fiber structural elements come into play in many non-traditional spots, bonded to the sheet metal to add increased rigidity.

By using a hybrid construction of carbon fiber in the roof, floor pan and B-pillars, BMW was able to redesign the surrounding sheet-metal structures to work with the ultra-light high-strength material to save up to 190 pounds.

Lightweighting continues with liberal use of aluminum in suspension, brakes and wheels which further reduces unsprung weight by as much as 15 percent. This not only pays huge dividends in the overall heft, but contributes to even better handling feel.

And under the hood, a new near-source thermal and acoustic shielding is used for the engine. This allows for traditional body mounted sound deadening which is very heavy, to be reduced substantially.

BMW says the final result is a larger 2016 7-Series which offers more performance, better efficiency, and a higher level of luxury and tech content than ever before. And, all with a lower center of gravity and still a perfect 50:50 weight balance.

Now if you watched all this and thought, boy that’s looks expensive. Well you’re right, but it is the BMW 7-Series. It arrives late this year with pricing to be announced closer to that time.

Autonomous vehicles it seems are something coming our way whether we them or not. And Ford it appears is leading American brands in developing this future technology.

In Dearborn and in the Silicon Valley at their Research and Innovation Center at Palo Alto, Ford has embarked heavily into developing, researching, and proving out autonomous driving cars – not to be left behind by foreign brands.

And before you think pie-in-the sky, keep in mind that the hardware to make our cars fully autonomous already exists in them, which operates features like parking assist, lane keeping and adaptive cruise control.

These features are enabled by radar sensors in bumpers, cameras, GPS, and hardware like electric power steering, drive-by wire throttles, and ABS brake system controllers. The only thing missing for full autonomous driving is software to bring it all together.

As seen here at the Dearborn proving grounds, Ford’s autonomous driving technology is now in what they call the second of three phases in the timeline of bringing it to market. Their advanced engineering team is now tasked with making sensing and computing systems feasible for production.

Because society may not be ready for a fully autonomous driving car, manufacturers like Ford are rolling out the technology one feature at a time with things like pre-collision assist which will automatically brake for obstacles if you don’t. This coming to most Ford cars in the next few years.

Ford says driver-assist features like these are part of the building blocks for increasingly capable semi-autonomous technology and as they enhance the sensors, algorithms and actuators in vehicles they can ultimately offer fully automated driving systems.

I appreciate progress but I’m still a bit uneasy with the idea of handing my life over to my car’s better instincts, let alone driving with the masses who are also doing the same. This genie however, is out of the bottle now.

For 2016, the Mercedes-Benz GLC arrives this fall, replacing the mid-size GLK crossover SUV. And while there’s a lot of new style, interior goodies, and performance to talk about, it’s off-road capabilities are in our cross-hairs today.

Seen testing here in Germany camouflaged up, the Mercedes-Benz GLC will have available a combination of an Air Body Control air suspension and the latest generation of the brand’s 4MATIC all-wheel drive which will offer more off-road cred than we’ve seen since the original ML-Class.

The standard GLC 300 will have steel springs and variable dampers. But the optional air suspension system enables a raised-clearance off-road mode that when combined with the computer managed traction programs of its 4MATIC all-wheel drive, can be quite robust in the rough.

4MATIC has a baseline torque split of 45 to 55 percent between front and rear axles. Traction in challenging situations such as free-wheels is aided by ABS controlled torque vectoring to clamp down on wheel-spin, diverting power to the wheels which have traction.

A stiffer and more robust chassis structure with heavier duty suspension components have also been designed to provide a capability which when paired with higher torque engines will far exceed that of the current GLK line.

The air suspension compliments the off-road experience by offering controlled articulation over varying surfaces. Inside, the driver can monitor vehicle motion, traction, and suspension metrics on the dash mounted infotainment screen.

In the United States, the 2016 Mercedes-Benz GLC 300 and GLC 300 4MATIC go on sale this fall exclusively with a 2.0 liter turbocharged four-cylinder engine and 9-speed automatic transmission. Additional powertrains and models will come in 2017.

There’s a lot more to talk about with the 2016 Mercedes-Benz GLC 300 in terms of styling, interior features, and technologies. And we’ll be doing that too, very soon.

This week we test drove the 2016 Acura ILX which received a number of enhancements for this year in styling, interior upgrades, and in its powertrain.

For 2016, Acura sharpened its design pen on the ILX giving it a fresh face complete with the brand’s increasingly appealing Jewel Eye LED headlamps. New fascia’s front and rear update the look of their entry level sedan quite nicely.

The big news however is its now standard 2.4 liter i-VTEC engine which delivers 201 horsepower through an all-new 8-speed dual clutch transmission which also features a torque converter to smooth its action.

Smoothing out shifts it what it does, making this dual-clutch gearbox feel much like a traditional automatic. Performance now comes in a much more refined fashion, yielding better fuel economy in the act. Unfortunately, they no longer offer the six-speed manual here.

You can watch our full test drive review by clicking the link below or on our website TestDriven.TV.

Our Reality Check segment is kind of a catch-all for things that I can poke fun at or which simply interest me. And this week, Chevrolet makes the cut.

For 2016 Chevrolet is rolling out a seemingly simple yet brilliant feature in several models, smartphone cooling for cars which offer the wireless charging pads in their center consoles.

In a car, phones using wireless charging pads can overheat which can actually damage your phone’s battery over time. GM engineers seized upon this reality when extreme weather testing with these new smartphone charging systems.

Basically when summer’s high cabin temperatures combine with the heat of charging and processing, phones can overheat easily and shut down. So, they simply routed air-conditioning flow directly into the charging pad, flowing cool air under the the phone.

What Chevrolet calls Active Phone Cooling I think is a pretty darn novel approach which really doesn’t cost much at all to offer up, and will be coming to the 2016 Impala, Malibu, Volt and Cruze when optioned with the wireless charging system.

Call me a shill if you want to but when a car company does something cool like this, it deserves to be pointed out. I just hope it flows across the GM family to Cadillac and other nameplates too.

Now it’s time for our Money Shot where we take the best photo from this week’s automotive news and we show it to ya!

Something you don’t see every day is a Rolls Royce frying tires off a starting line. It happened last week in jolly old England at the Goodwood Hillclimb. Hitting ungentlemanly speeds in excess of 140 mph, the Rolls-Royce finished ahead of the Bentley Continental GT among others. Blasphemy I say.

Well that’s it for Motoring Monday, thank you for watching us. Click on the light right here and subscribe to our YouTube Channel where we’ll keep you updated on all we do. We test drive a new car every week and produce almost a new video every day, so there’s always something new. 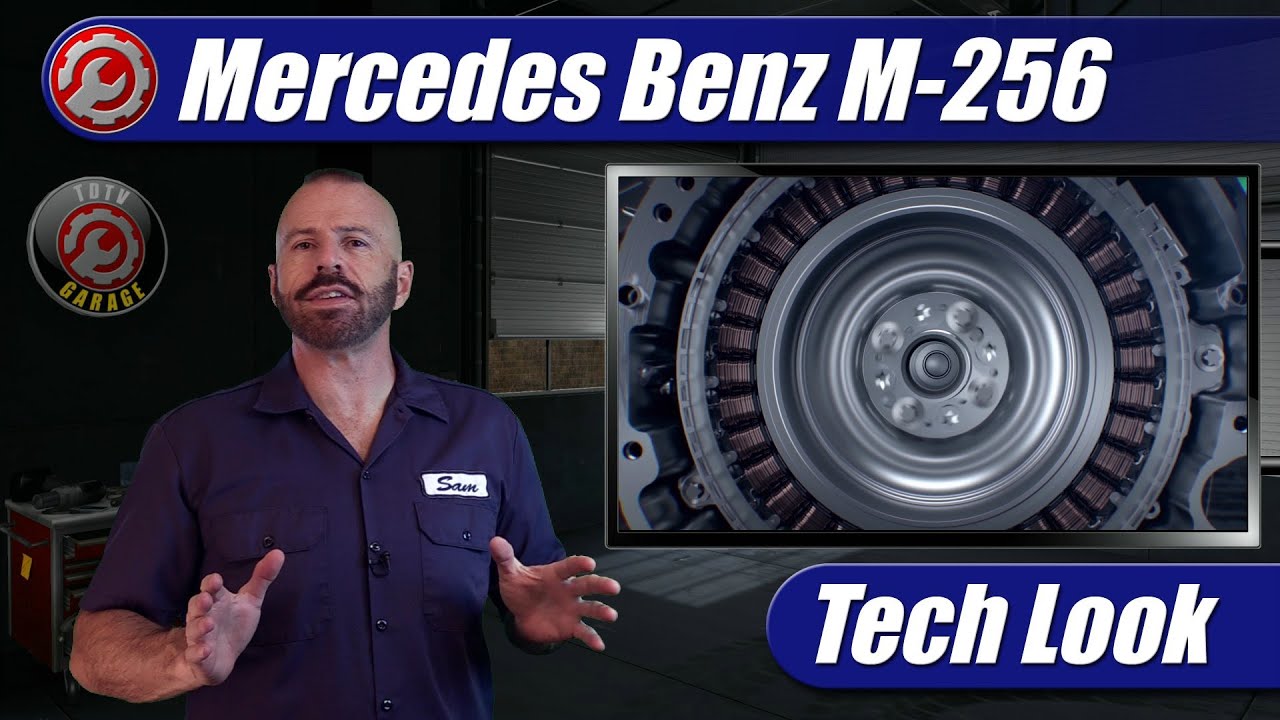