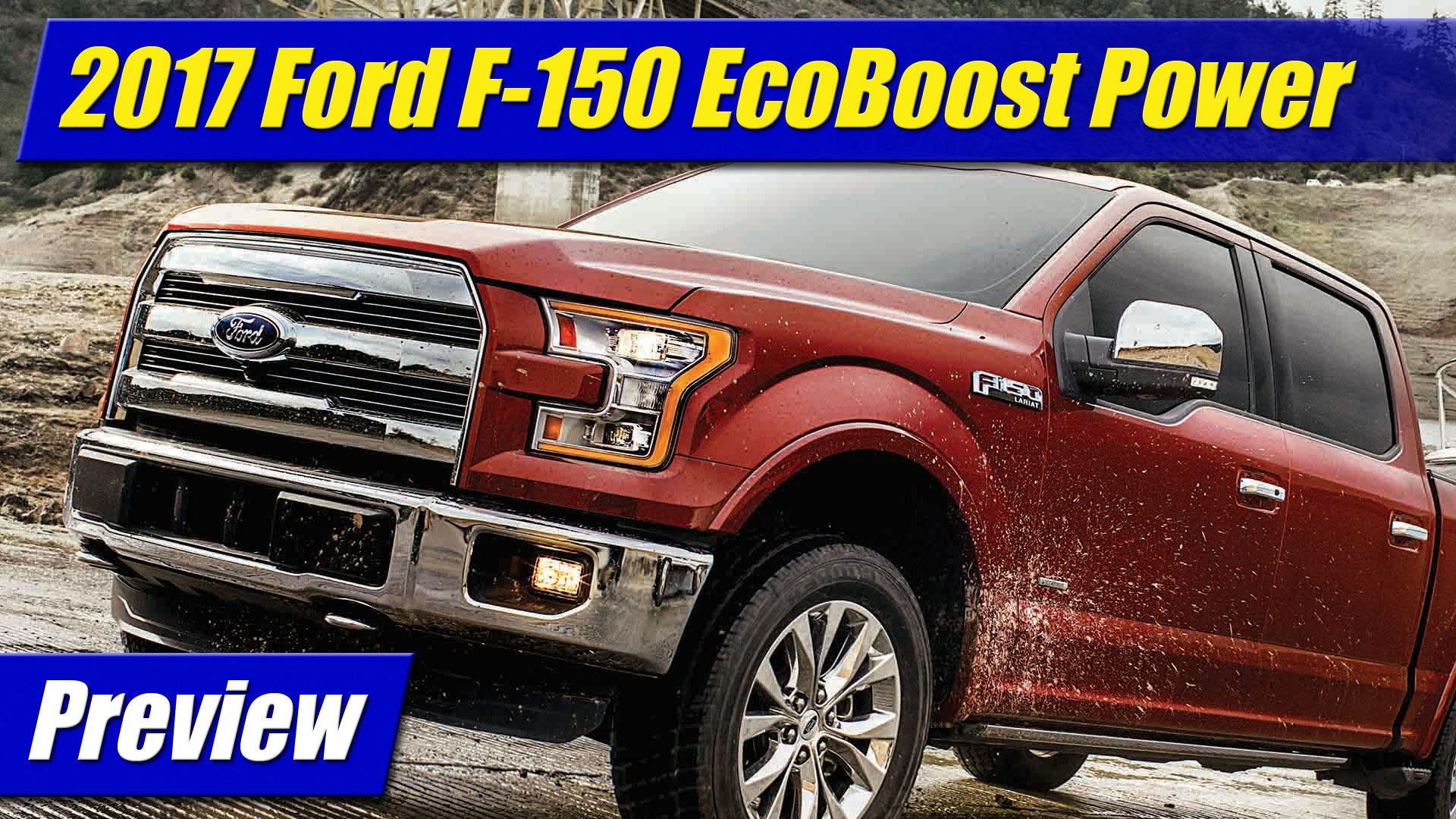 The 2017 Ford F-150 will be upon us soon, and the Blue Oval has been beating the war drum about what it will bring to the battle. Up for the 3.5 liter EcoBoost engine is more power and more gears, to top the class once again.

While sharing the same 3.5 liter displacement, the nearly all-new second-generation EcoBoost twin-turbo V6 has been given a host of mechanical improvements and upgrades to boost output to 375 horsepower and a whopping 470 pound-feet of torque.

That kind of twist will out number all non-diesel competitors V8 engines.

To get there, the new 3.5 liter EcoBoost V6 gets both port and direct fuel injection that can be used separately or together when situations warrant. New turbochargers with lighter impellers and a light-weighted valve-train also contribute to the increased power.

The engine will be mated exclusively to an all-new Ford-built 10-speed automatic transmission they tell us is the first volume-production gearbox like it available.

The extra gears will allow that 470 pound-feet or torque to hit more often across the acceleration cycle, increasing effective pulling power and acceleration.

The new powertrain will as it is now be the top engine option in the 2017 Ford F-150, but remember the Ford Raptor will have a high-output version of this engine that promises well over 400 horsepower. In fact 500 horsepower plus has been rumored.

Raptor will also enjoy the new 10-speed automatic transmission and a new electronically controlled all-wheel drive system, a less intense version of which may well also be available on garden variety F-150 models.

More details and specs will be released soon as we approach the on sale date this fall. We expect to get a full first test drive this fall and will bring you our full impressions and thoughts about the new 2017 Ford F-150 then.