One of the most striking concept vehicles of this year’s show season is the Lincoln Navigator that shows a very good sign that the brand’s next generation full-sized SUV might actually be something special.

At first blush, the Lincoln Navigator Concept smacks you in the face with good dose of wow. It’s large, it looks the premium role, and it shows that Lincoln might finally be serious about building a flagship SUV that rivals not only the Escalade, but can reach into the yards of foreign brands.

To be based on an all-new ladder frame chassis with an aluminum body related to the F-150 trucks, the new Lincoln Navigator shows how the new face of Lincoln we first saw on the Continental can adapt well if not stately to a big boxy SUV silhouette.

It works. Though surely some will make the Bentley design parallel, I think it comes off much more gracefully here than in their new Bentayga. That put to bed, moving to the rear view some will likely now say Lincoln is drawing from Land Rover with its flying rear spoiler.

Whether or not you draw that conclusion, this looks well proportioned and well balanced to my eyes, and definitely doesn’t look the part of an enclosed F-Series truck by any stretch. It’s elegant and with its rounded A-pillar roof line and flowing lines, should work well if a production model looks just like this.

Granted, the one piece gull wing doors we see on the concept here, and cascading stair-step running boards will never see a showroom, but its interior does give us a window of vision to what the next interior design will bring.

Expected to be significantly different than the new Ford Expedition in which it will share a platform, the new Navigator will have luxury and quiet inside says Lincoln. They speak of 30-way adjustable seats which would likely have multi-contour and massage feature like current Lincolns.

What I see here with the interior design is a nice balance of retro Lincoln flair from the 1960′s ever so subtle, yet managed to be applied to the modern and technological template we have today.

If the horizontal dash design and flowing lines if they make it to production with quality materials and genuine craftsmanship above that of the Ford variant, it should make the Navigator a true player in the luxury SUV class.

Powering the new Lincoln Navigator will continue to be a 3.5-liter twin-turbo V6. But this one will be the next-generation version that Lincoln says will have over 400 horsepower. It’s likely to come with a new 10-speed automatic transmission.

For those wanting all-wheel drive, a next-generation system will be afoot as well that will feature a sophisticated terrain response style mode selector that will let drivers tailor its behavior to virtually any traction averse situation.

The all-new Lincoln Navigator production model is still a bit of time off. Based on the concept version being here now, I’d say about this time next year before we’ll see them. Regardless, if it looks like this, it’s likely to be smash hit. 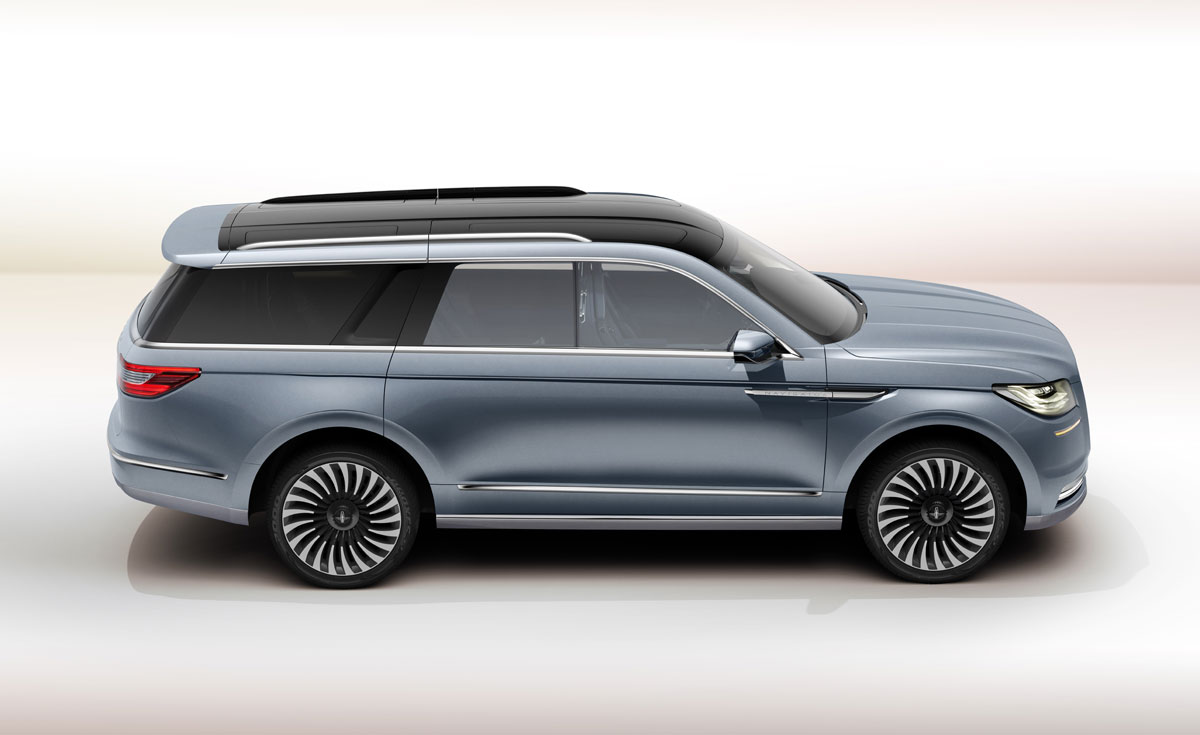 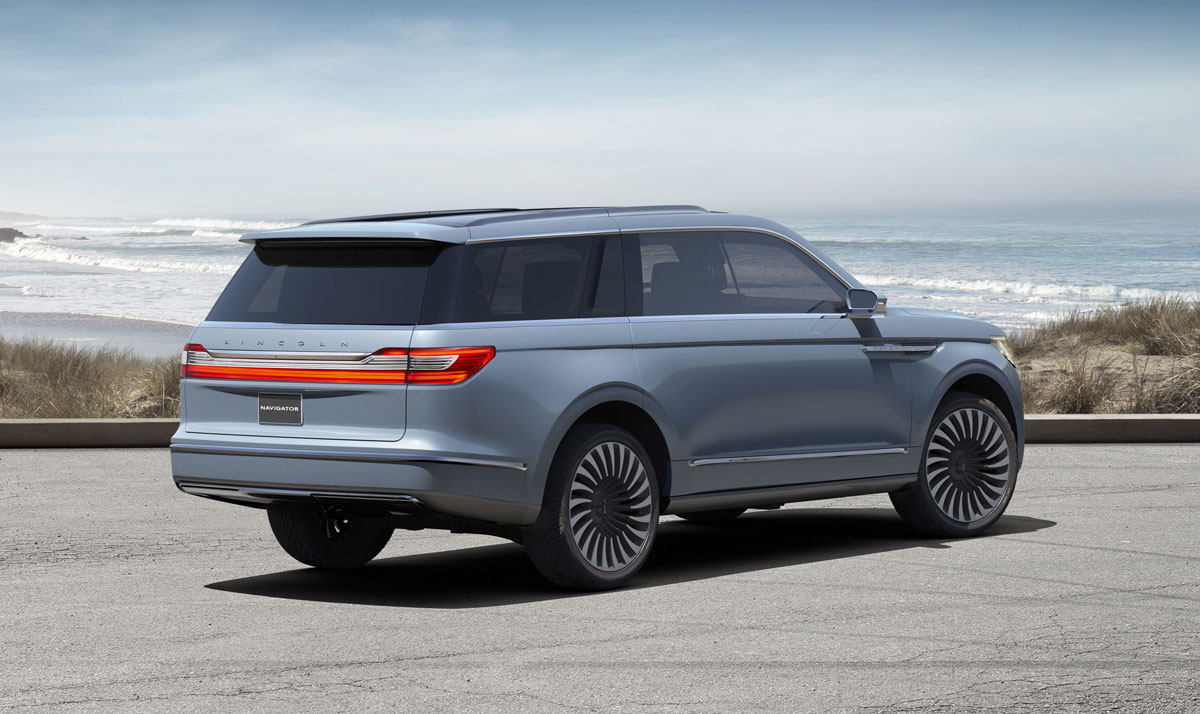 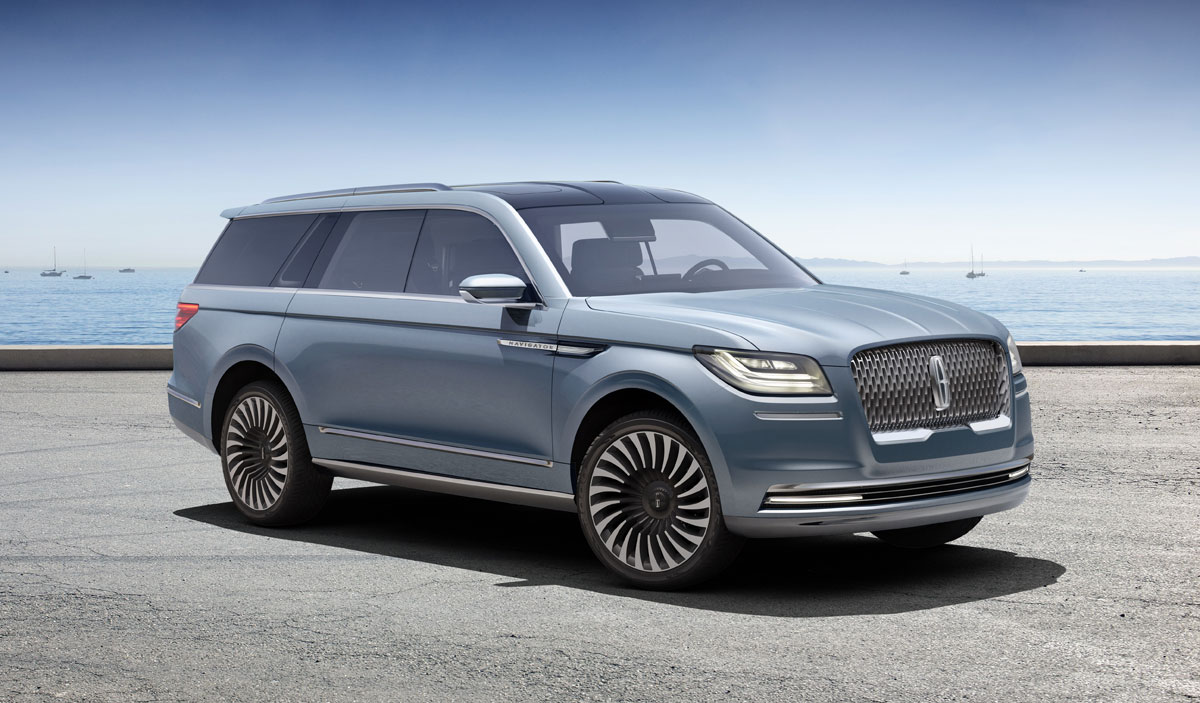 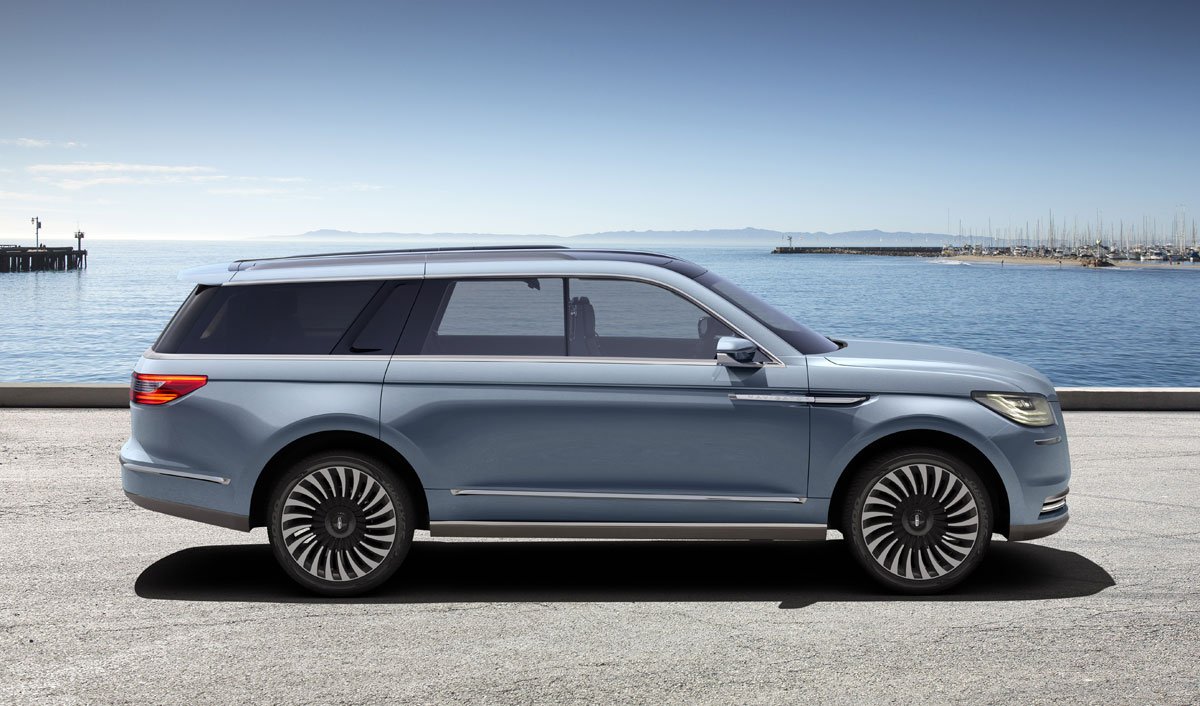 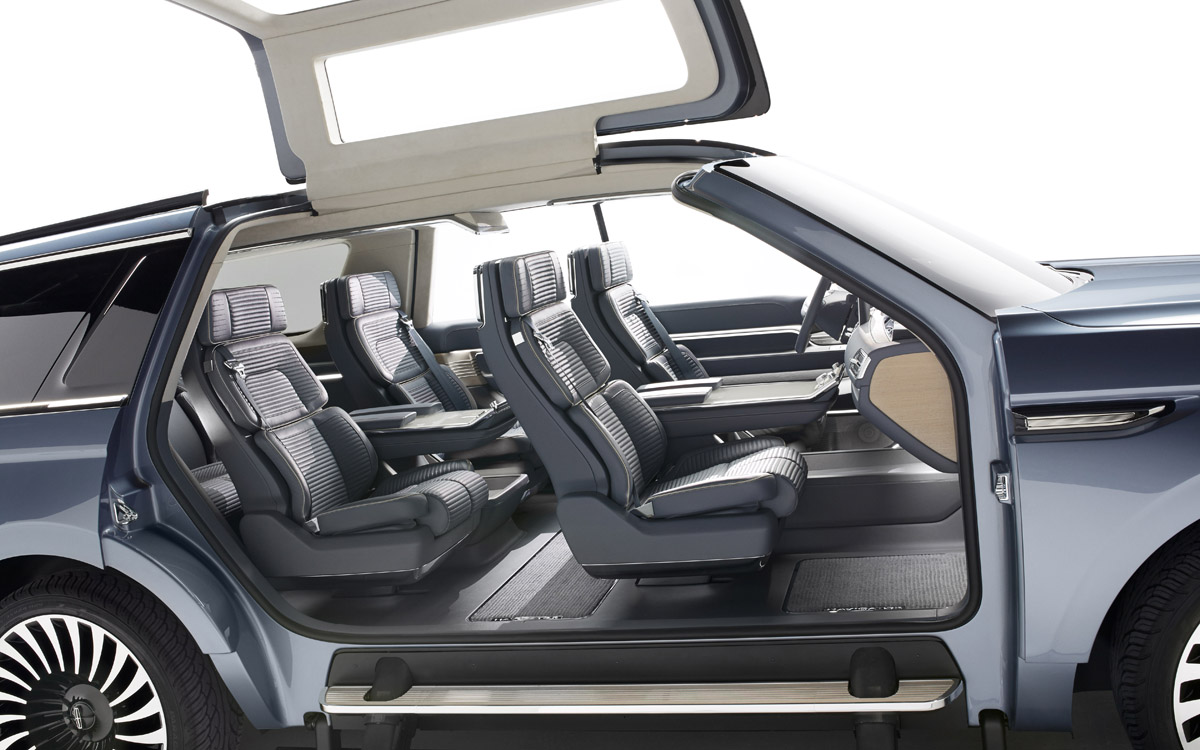 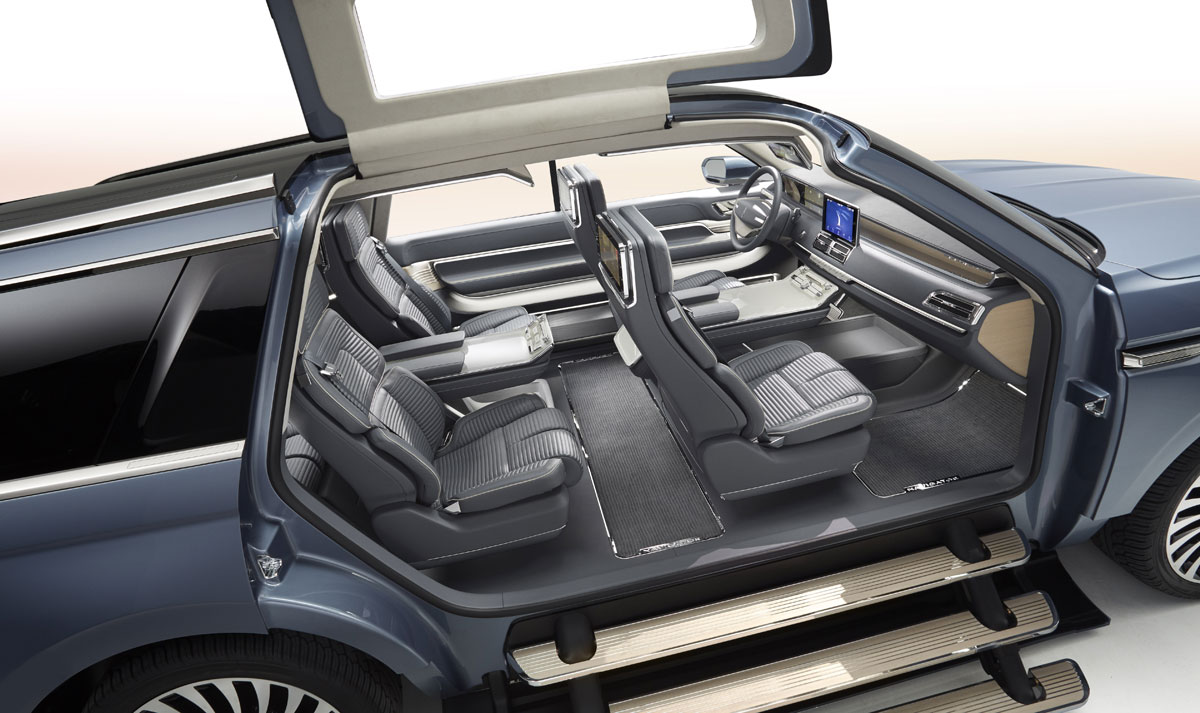 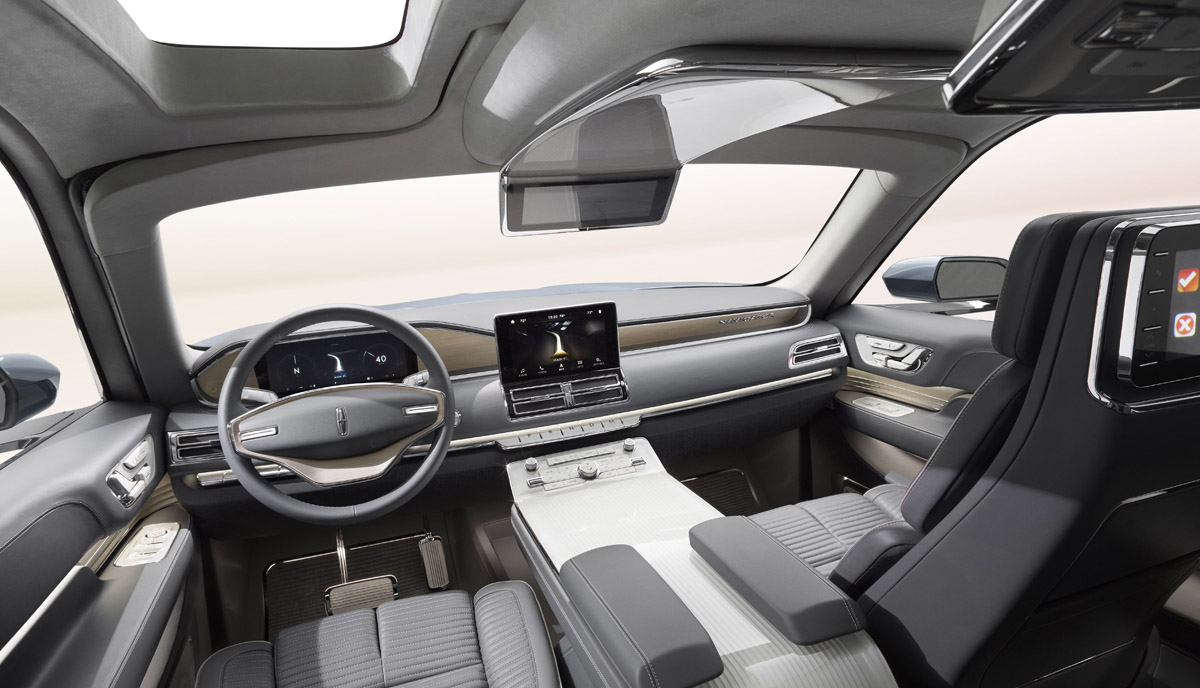 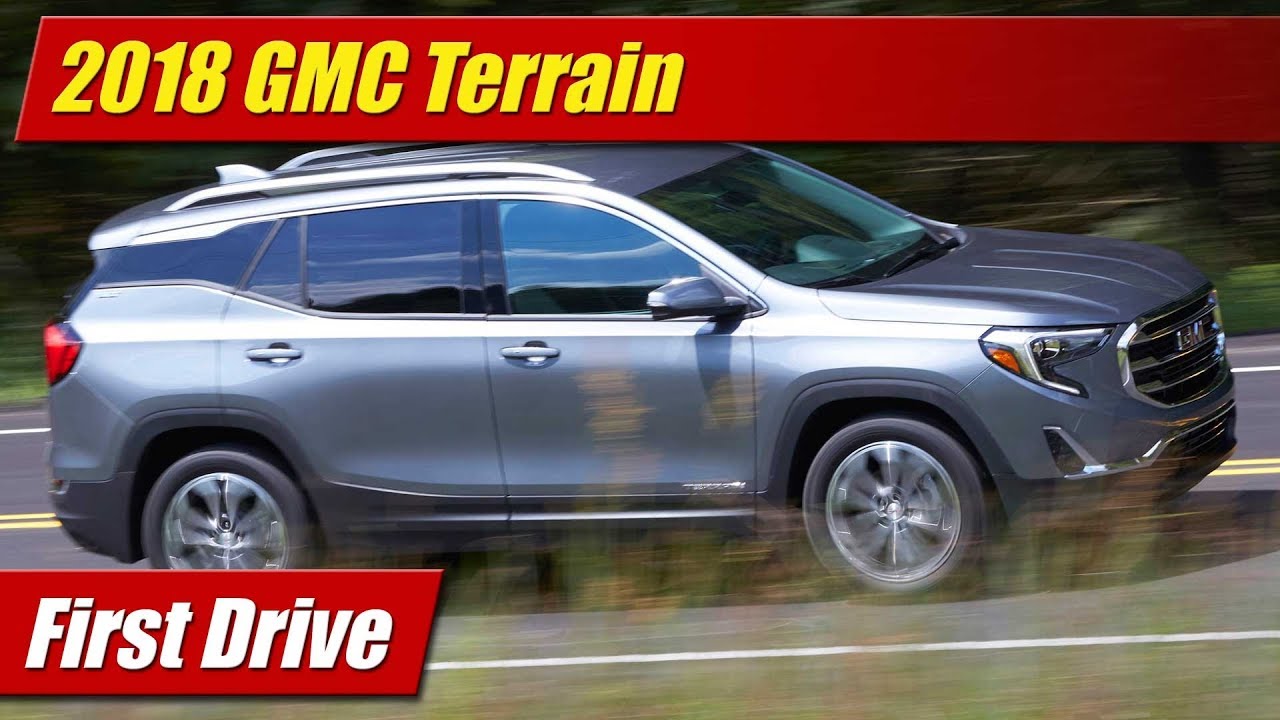