For 2017, The GMC Acadia crossover SUV got not only a healthy redesign from tip to tip, but comes to showrooms some six-inches shorter and 700 pounds lighter than before. In an age of longer, wider, taller it’s a risky move on the part of GM to downsize a core model, or is it?

The last generation Acadia, the Chevrolet Traverse and the Buick Enclave in which it was related, were indeed larger. These three-row crossovers in fact the largest in class and overshot their competitors by about that six-inches the new Acadia lost.

Now directly within the thick of its competitors in the Ford Explorer, Toyota Highlander and Honda Pilot, the new 2017 GMC Acadia now has handling, power performance and fuel economy that can be more closely compared.

An all-new body structure looks more lean and mean because it is. More svelte in its silhouette, the Acadia still shares styling DNA to its predecessor and even the GMC Envoy that came before that. With a lower profile however it’s far more approachable than before.

Our All Terrain 1SLT tester featured blacked out trims here and there, satin dark chromes elsewhere and handsome 20-inch alloy wheels all around. Generous black plastic cladding at the bottom protects from the bush out there and is handsomely wrapped up into the contours of the body.

In spite of the soften touch points however, a number of indifferent materials are placed up against each other that create an inconsistency of quality throughout. Switchgear is clearly parts bin sourced in some places while designed specific for the Acadia in others.

There are two sunroofs here, each with a manually opening shade. The front glass tilts and slides but the rear is fixed. Rear seat passengers will enjoy a slide adjustment as well as a rake for the rear seat and it folds down in a 60/40 split.

Legroom actually increases in the second row in spite of the six-inches that came out of the Acadia’s length. Comfort is good with a nice lower cushion height too. There is an available third-row option but not here in our All Terrain model.

This brings extra under floor storage for the large rear cargo area where that third-row would have been. Under all of the storage area is also a temporary spare tire.

Infotainment is the latest generation of the Intellilink touchscreen audio and navigation suite. It has crisp high quality graphics, excellent audio from the Bose back-end, and is easy to use on the go. Add in Apple CarPlay and Android Auto and its one of the best featured units in the business right now.

It comes with a six-speed automatic transmission and an all-wheel drive system controlled by a console mounted mode selector. Unique here is its ability to be locked in two-wheel FWD in addition to its many AWD modes.

This allows it to achieve the same mpg ratings as the FWD Acadia at 18 mpg city, 25 mpg highway and 20 mpg combined. Set in 2WD all week we achieved a combined 21 mpg ourselves.

Power is plentiful on and off-road, the engine barking out a nice growl and being shifted deftly by its transmission. It was a pleasing powertrain in all quarters, and its traction capabilities passed all our tests on and off road.

Handling is solid and tight on the pavement with minimal road and wind noise. With its larger 20-inch wheels and wider tires you can throw it into a curve with confidence. It was off-road where the lower profile tires turned the tables and offered up a pretty harsh ride on our desert washboard road sections.

In the large part, the 2017 GMC Acadia All Terrain has excellent capabilities in the rough but is more comfortable on the tarmac. It comes much more nimble and better handling than its predecessor in addition to being more efficient.

We could really only complain about some spotty body panel fits here and there and some cheap interior materials to go along with some healthy rattling inside. This could well be our specific vehicle so we always suggest you go see and drive one for yourself.

Comparing it to many of its peers at $47,465 we feel that there are some features missing at its price mostly inside where things like memory seat settings, auto-up-down window controls and ventilated seats are the norm at $45,000 plus. Stepping up into the Denali trim grade however erases most of these deficiencies however. 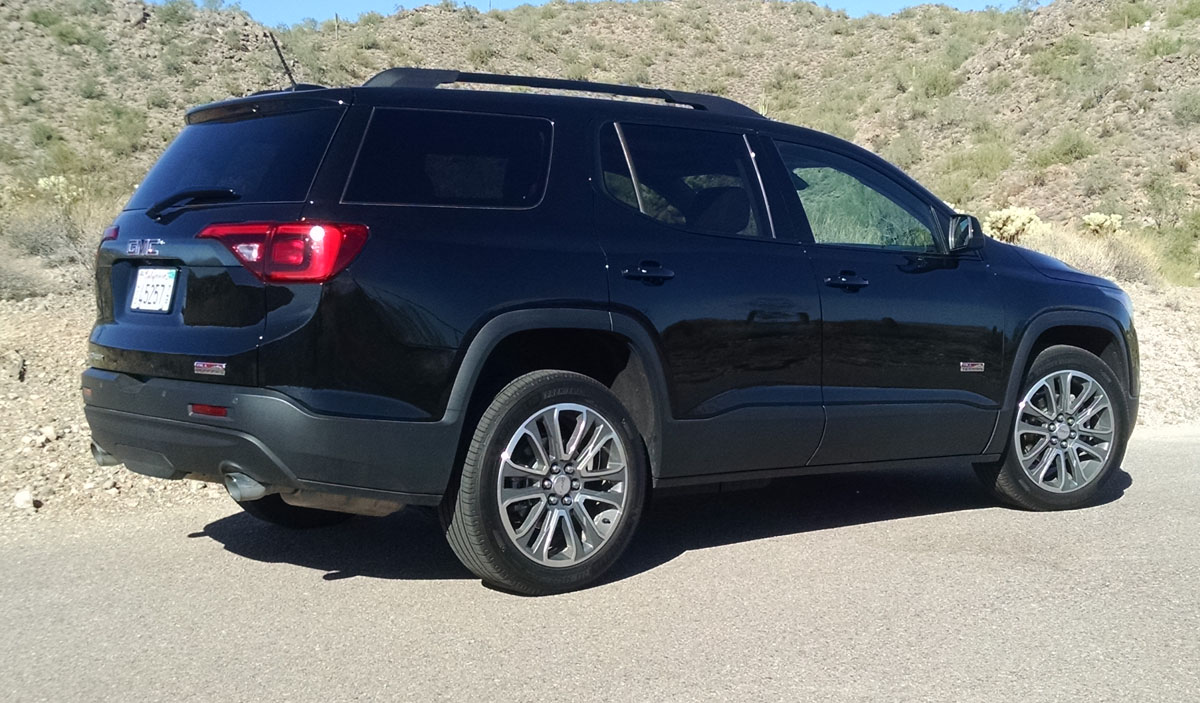 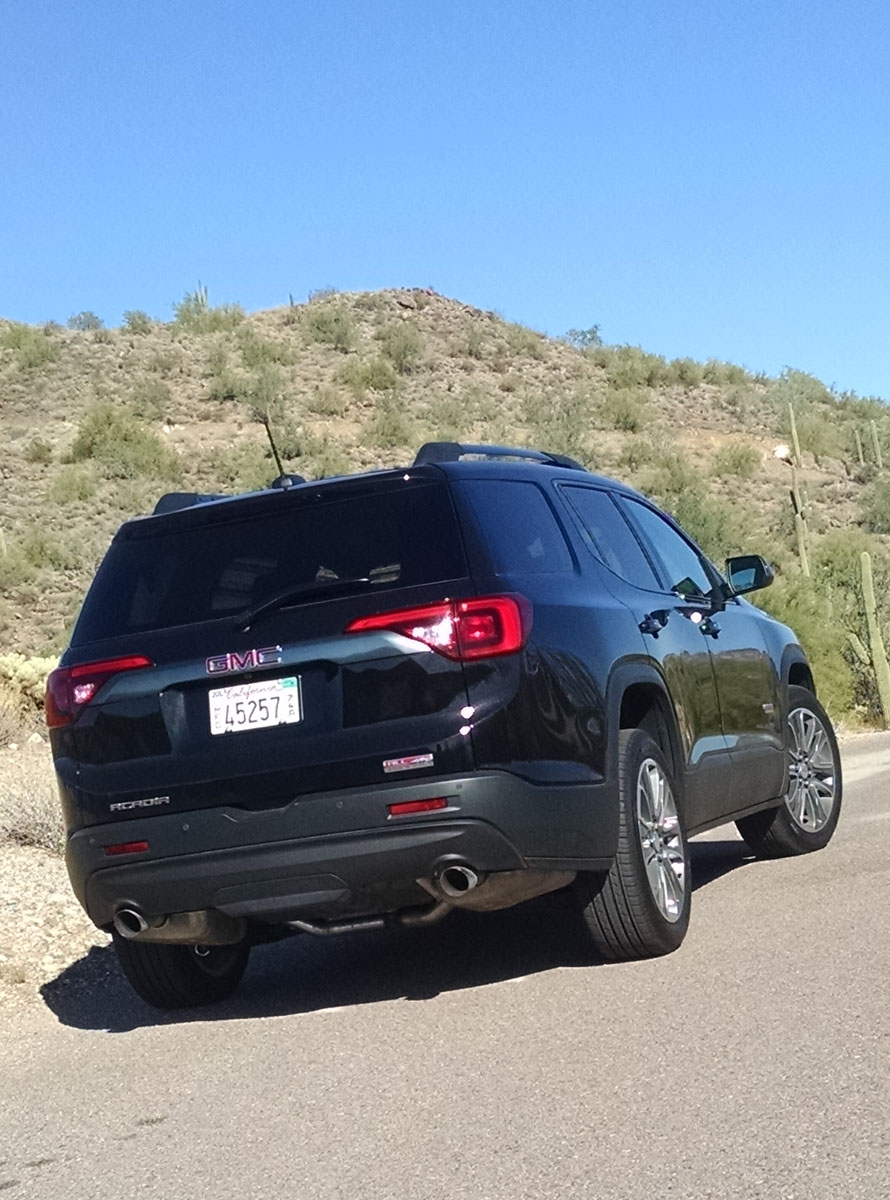 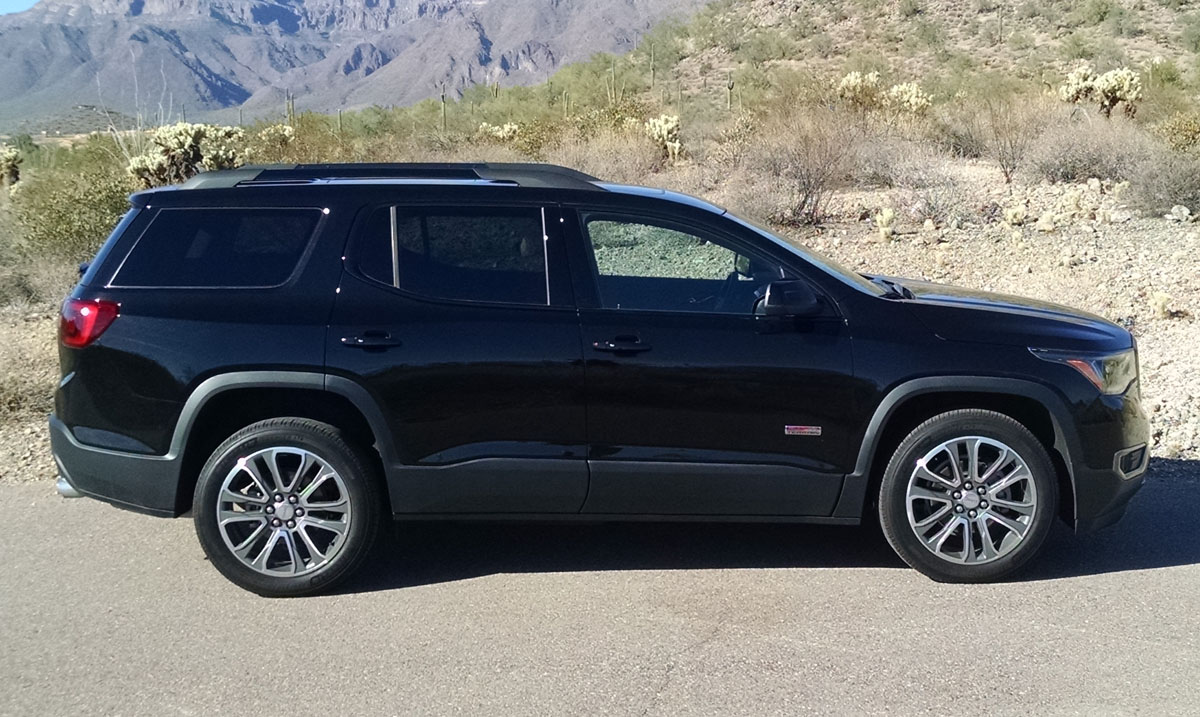 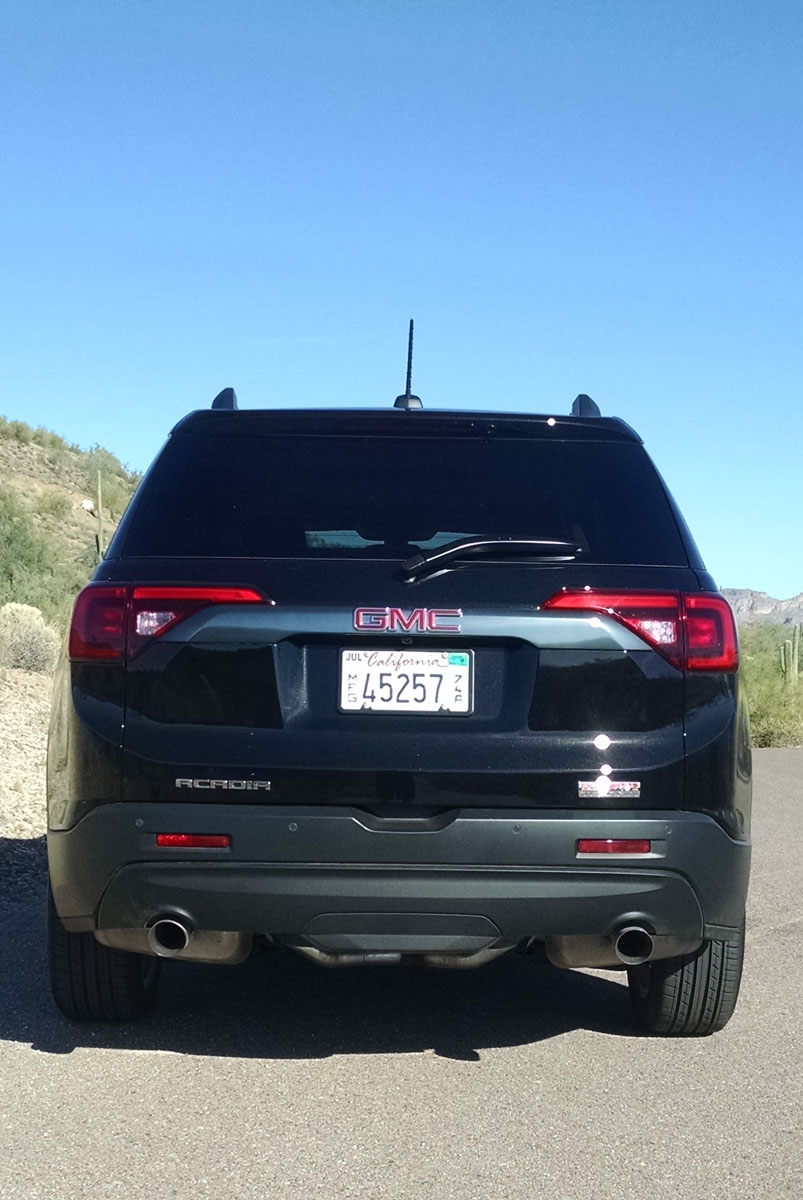 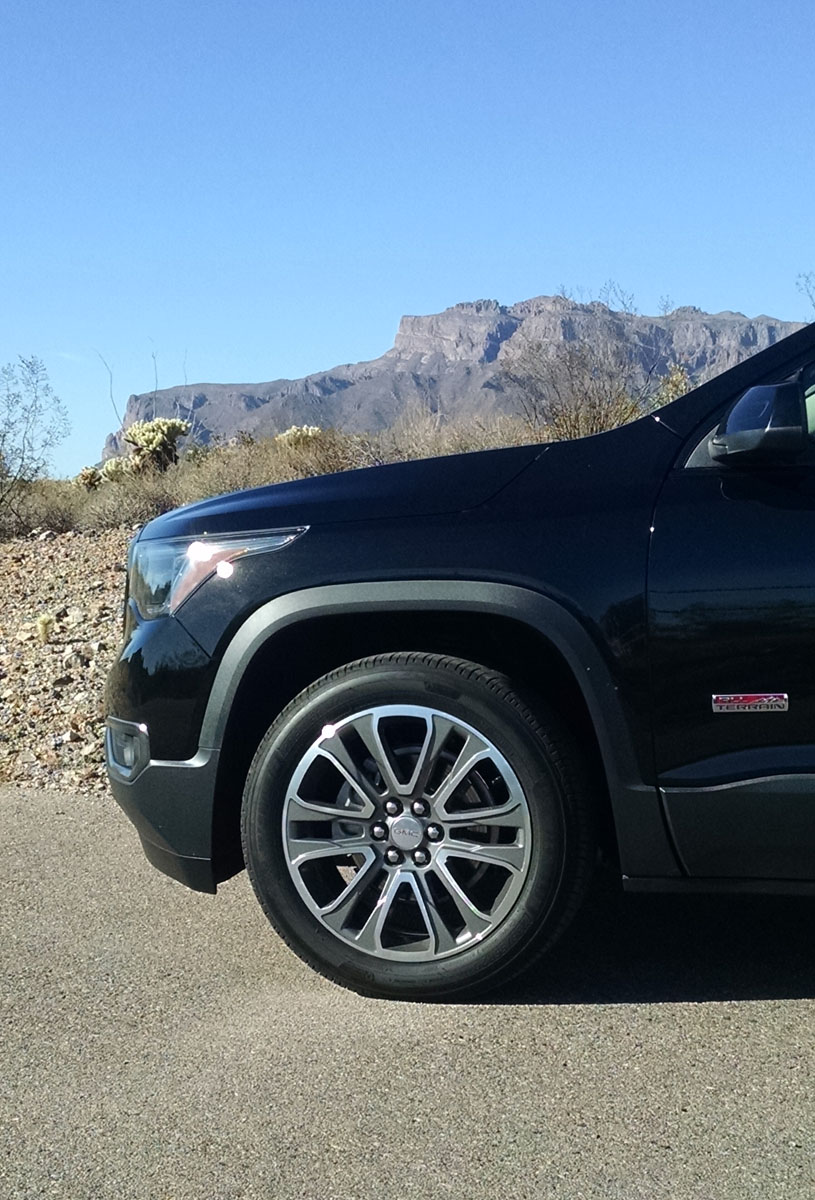 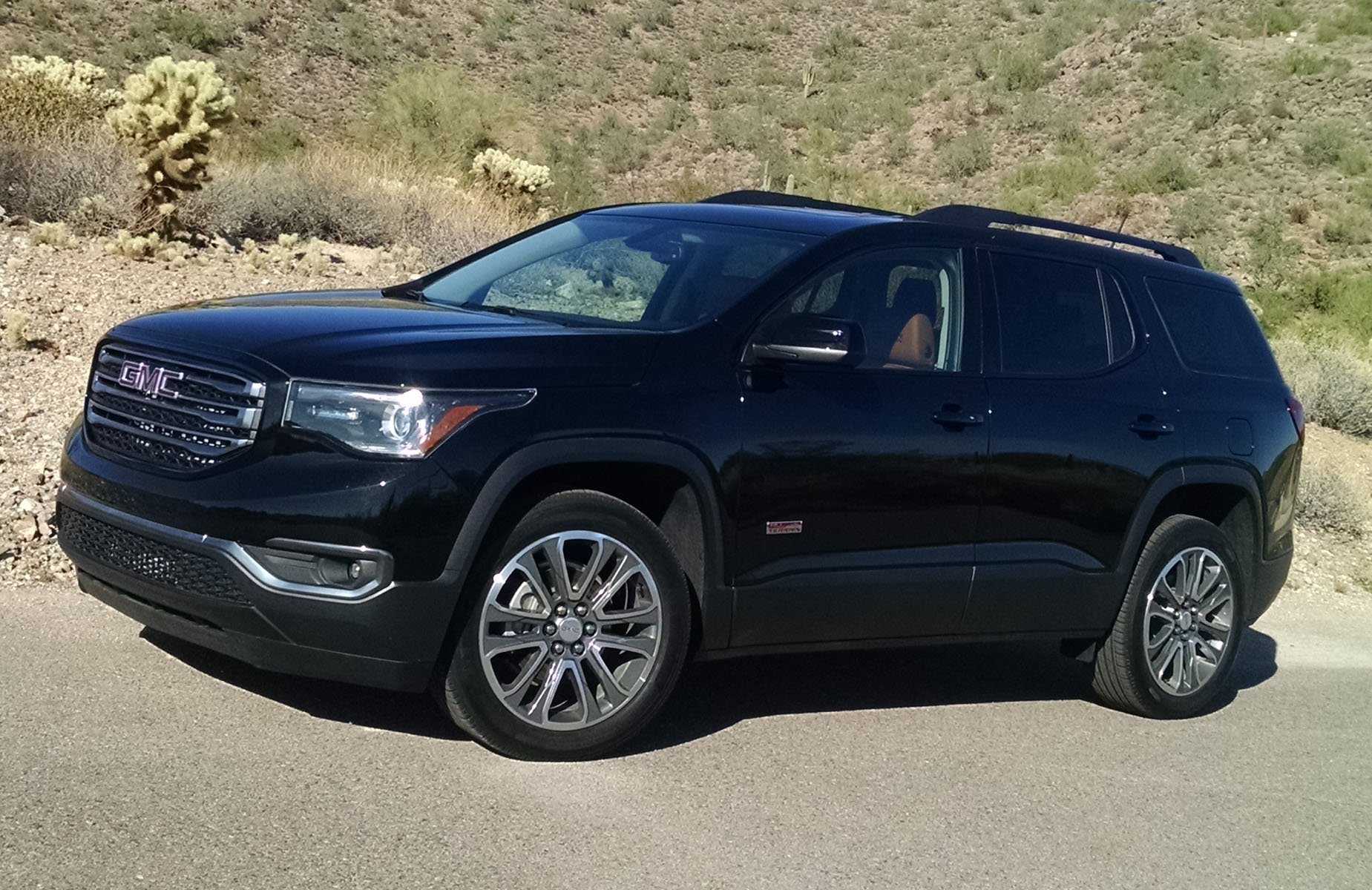 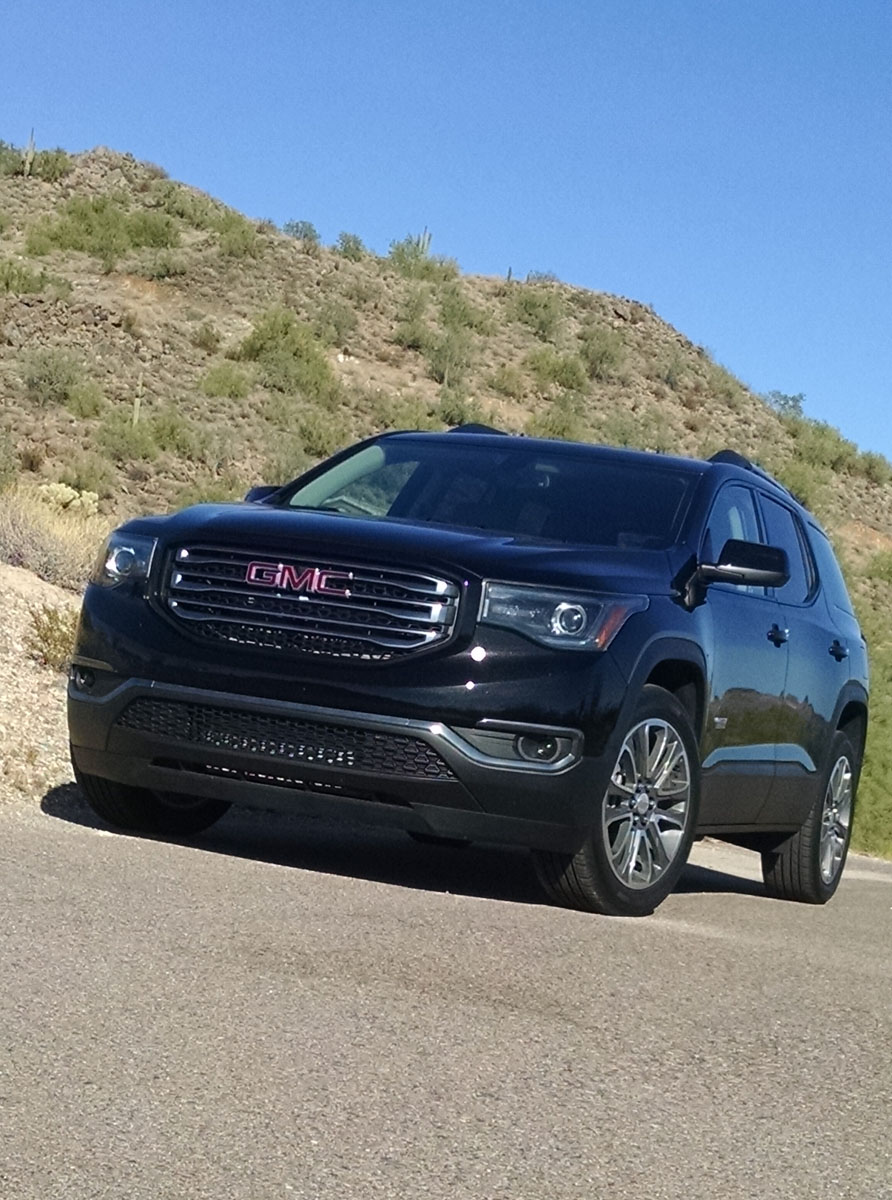 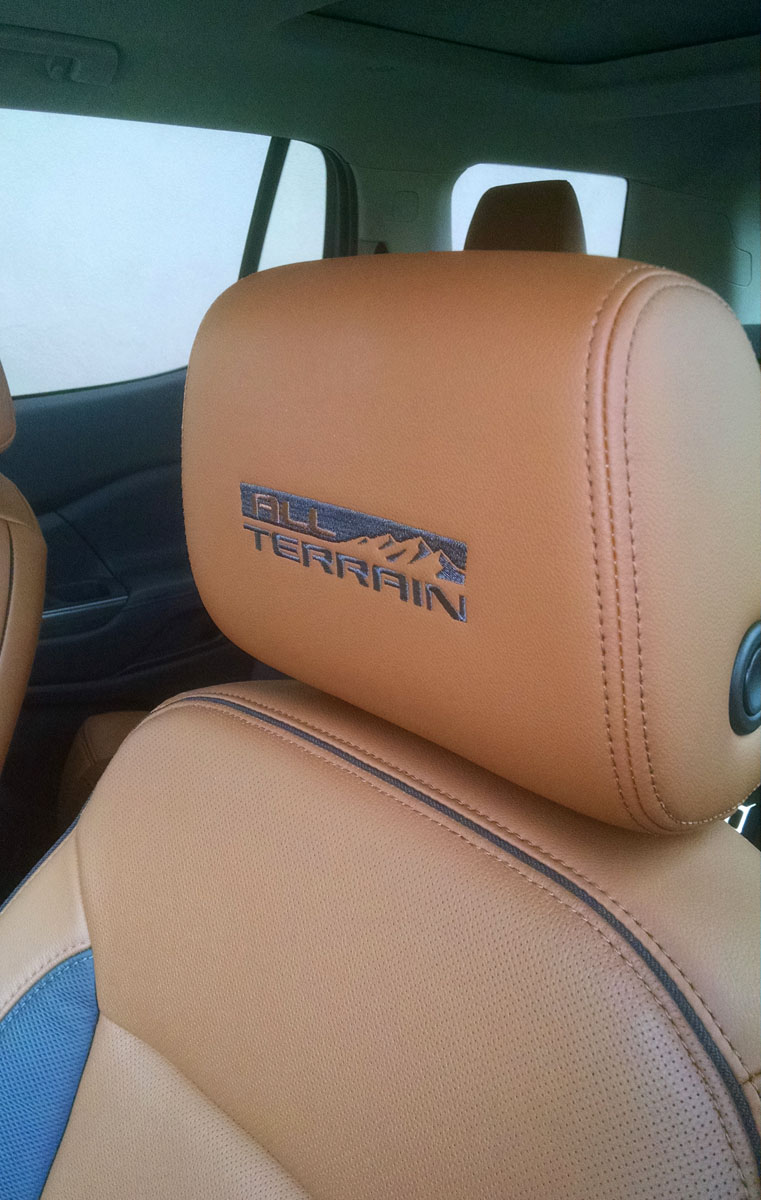 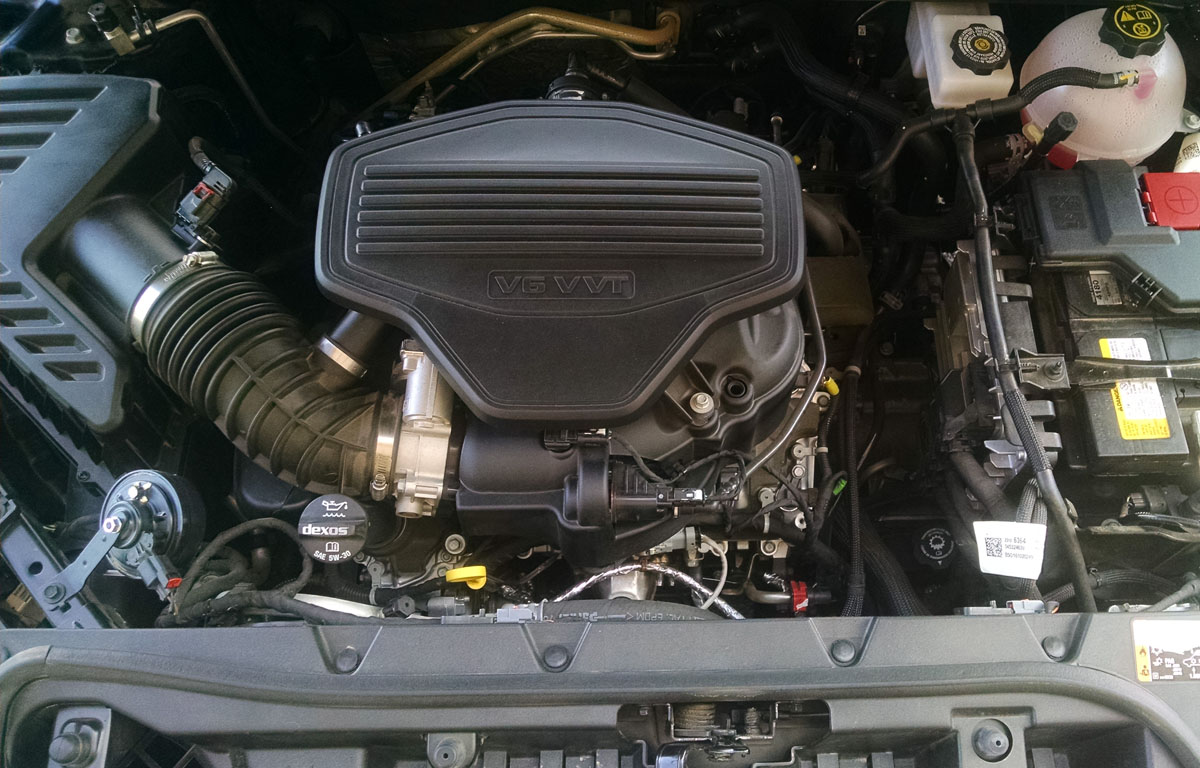 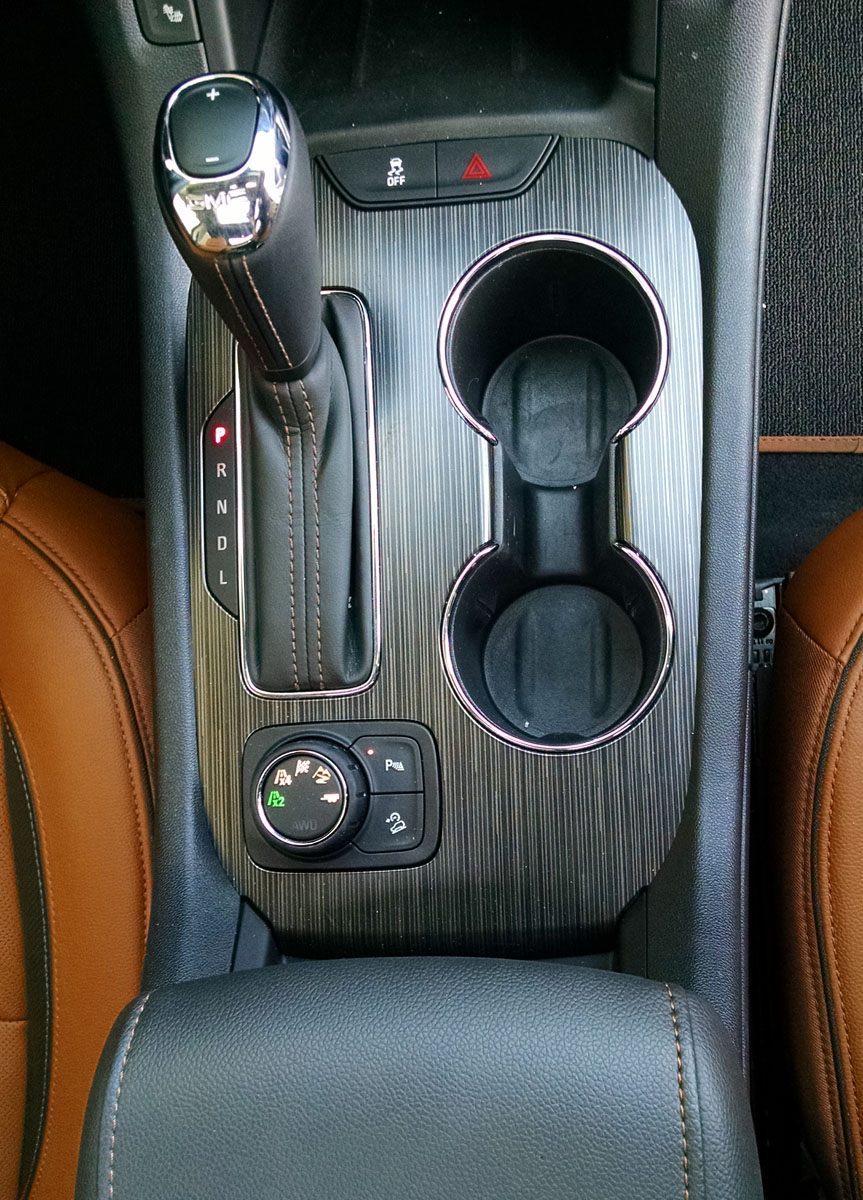 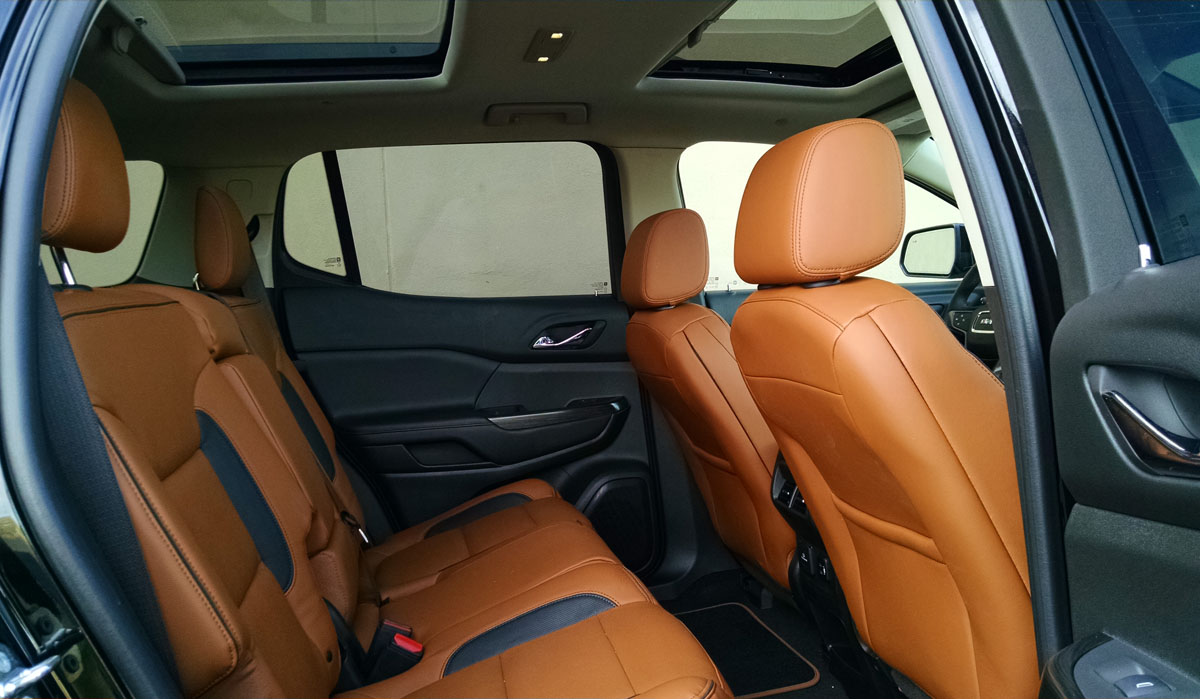 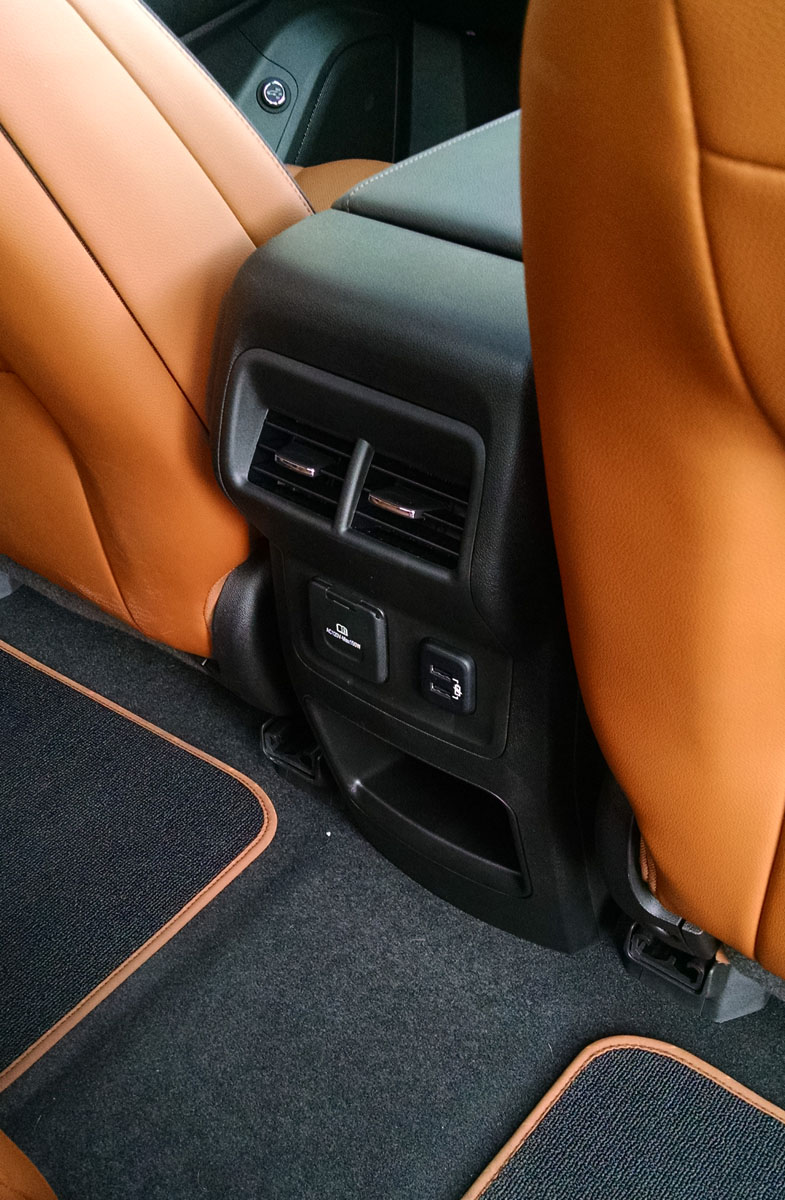