Coming next year to a dealer near you is the new 2022 Volkswagen Taos, a new entry level crossover SUV for the brand. Sized just below the Volkswagen Tiguan, it is unmistakably part of the family at first sight.

Riding on a 105.9-inch wheelbase, the two-row five passenger Taos is some 9.3-inches shorter than the Tiguan. Compared to other brands this makes it smaller for instance than a Toyota RAV4 and Nissan Rogue, but larger than a Nissan Rogue Sport or a Honda HR-V, just in-between most competitors in size.

Design follows contemporary Volkswagen DNA to the letter. It looks nearly identical to its larger siblings Tiguan and Atlas, just scaled down to a more manageable size. It does however have slightly cleaner lines in my opinion and a bit more of an athletic feel at first blush.

Features like LED headlights and accent lighting will be available on upper trim grades. Wheels will range from standard 17-inch alloys up to 19-inches. A panoramic sunroof will also be an option.

While it is handsome overall I have to pick on again, Volkswagen’s use of fake exhaust pipes in the rear fascia. This is the lowest form of fakery and is very disappointing from a German manufacturer. Someone at VW just has a very stiff hard-on for this garbage as it is slowly finding its way onto all their cars. Shame on them.

The cabin also follows the most recent Volkswagen design ethos with lots of hard plastic edges with straight lines and angles. Expanses of digital realm are also available in the forms of the “Digital Cockpit” instrument cluster and a myriad selection of touchscreen infotainment systems.

Adding some visual interest, two-tone seats are standard in cloth as well as in the up-trimmed leatherette and leather variations. The rear seat as one would expect folds in a 60-40 split and offers a handy fold open pass-through for long items.

Under the hood will be a 158-horsepower .5-liter turbocharged four-cylinder engine using the Budack Cycle that VW so loves lately. Our experience is that this means generally less power than can be had and a rough noisy personality but we’ll have to drive one and see.

In front-wheel-drive models is a standard 8-speed automatic transmission, a gearbox we have found to be jerky and abrupt in its behavior in other VW models. If you opt for all-wheel drive, you get a seven-speed DSG transmission which is also generally a jerky rough experience to drive, but at least delivers power better than a traditional automatic. In either case you get the annoyance of the engine auto-start-stop system which we also have little good to say about.

When it comes to chassis handling dynamics, the Taos will have a traditional strut front suspension and a cost saving torsion beam rear axle. If you want the confidence and refinement of a multi-link rear
suspension you need to upgrade to the all-wheel drive variant.

The new Volkswagen Taos will go on sale second quarter of 2021 and while pricing is not yet released is expected to be well below $25,000 for the entry level model. The Taos we get will be specific to the North American region and built at the Puebla, Mexico plant. 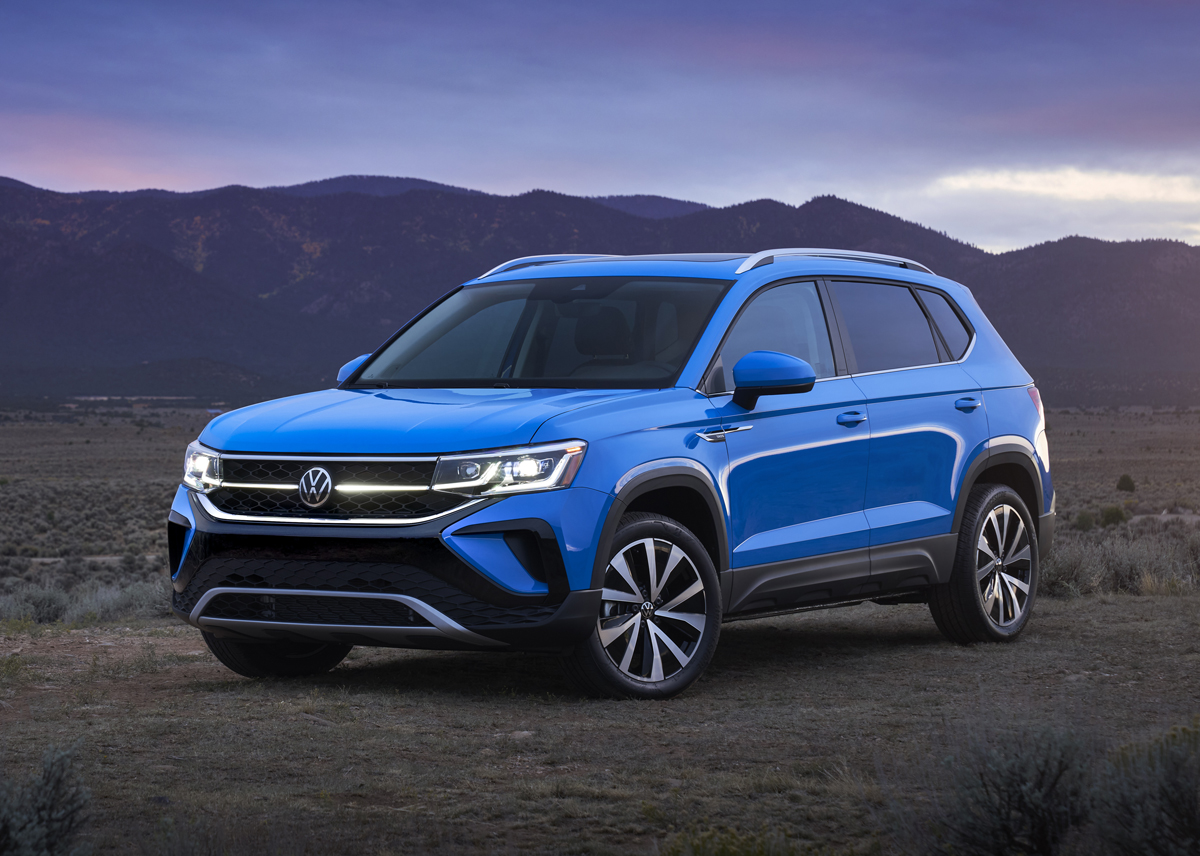 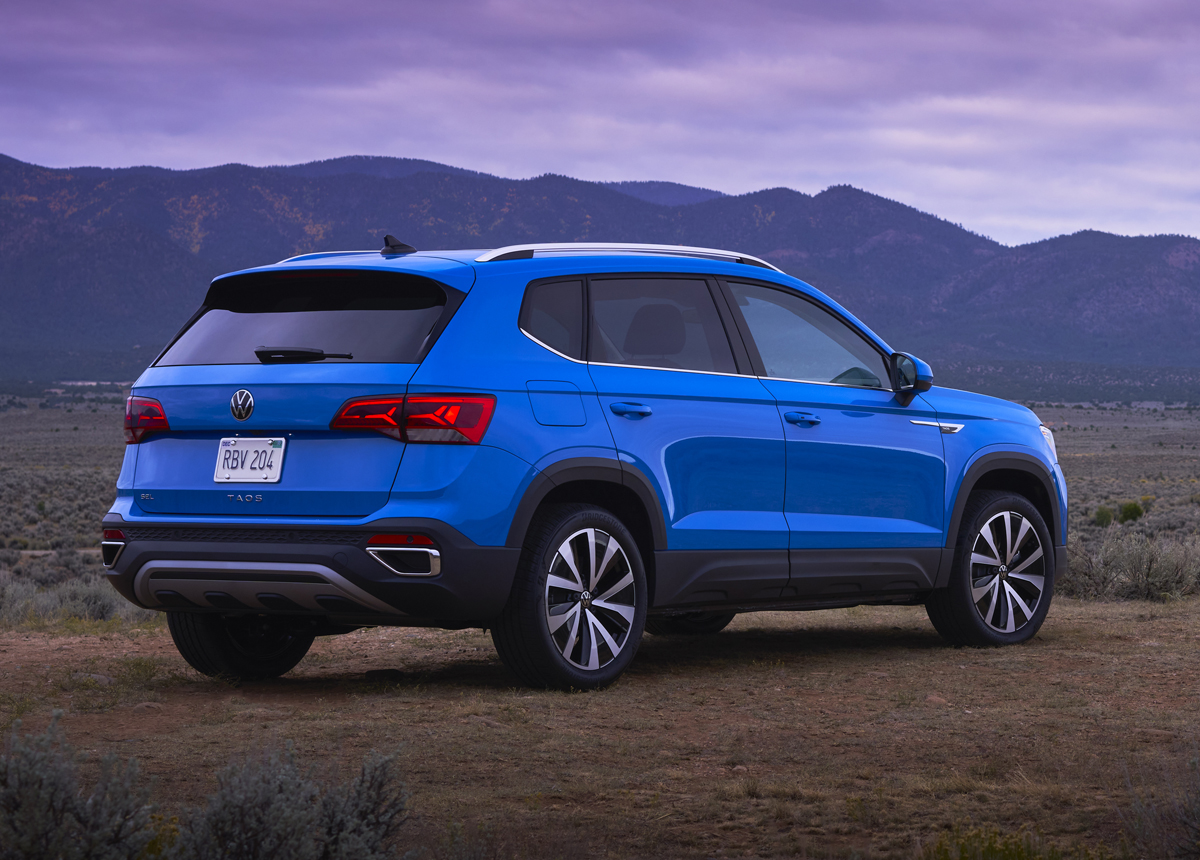 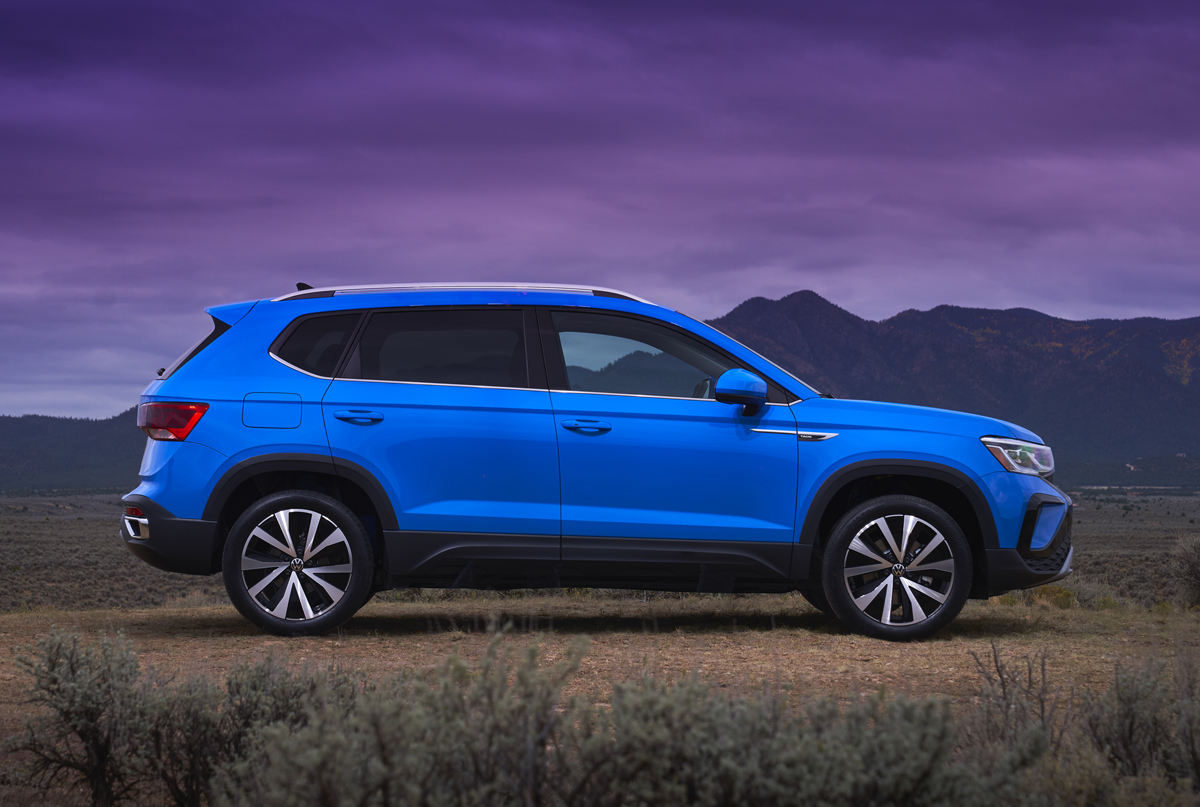 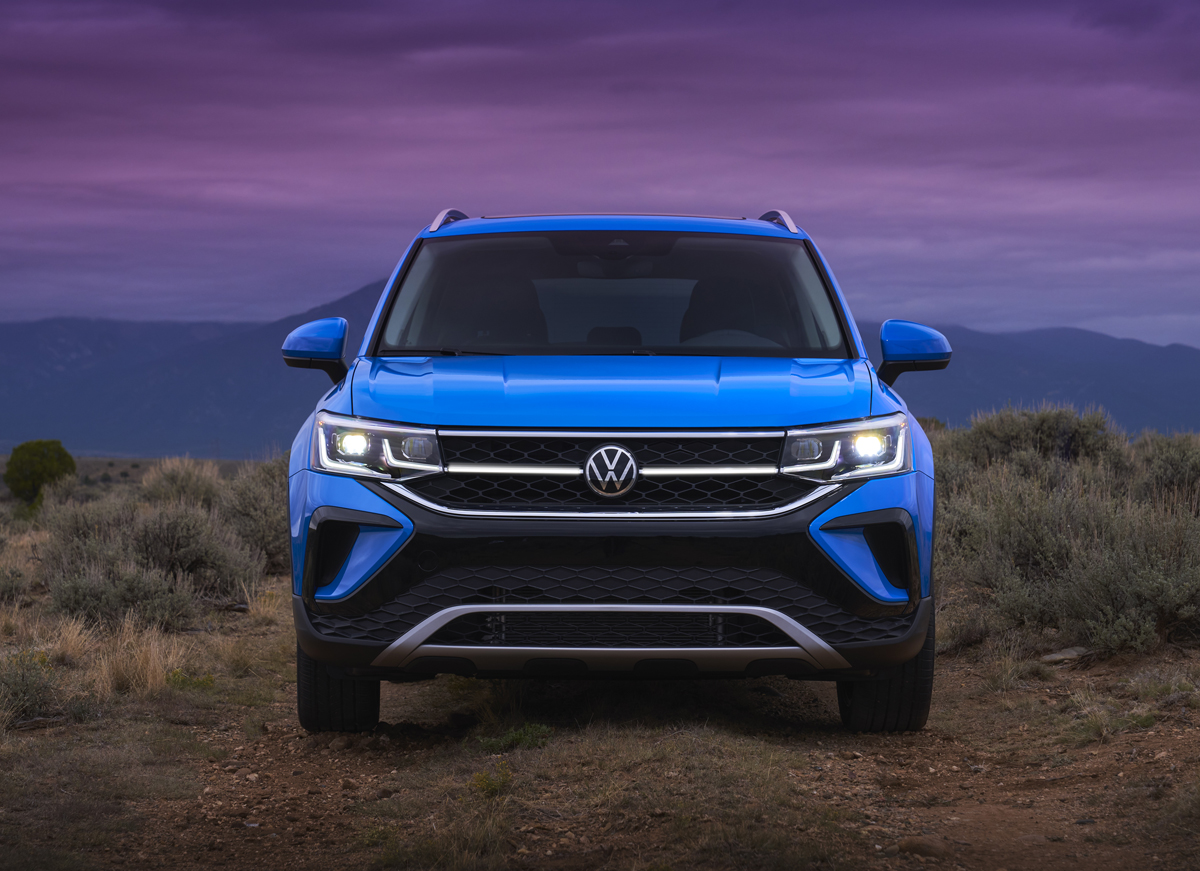 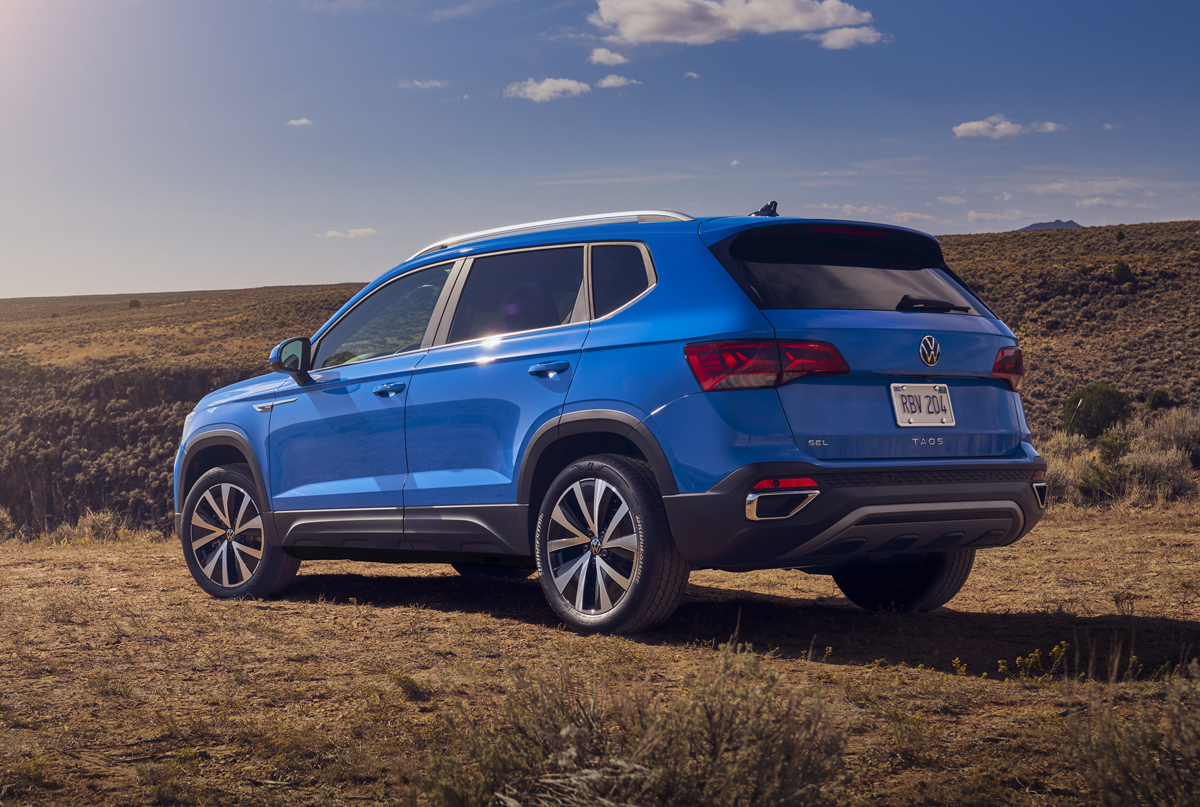 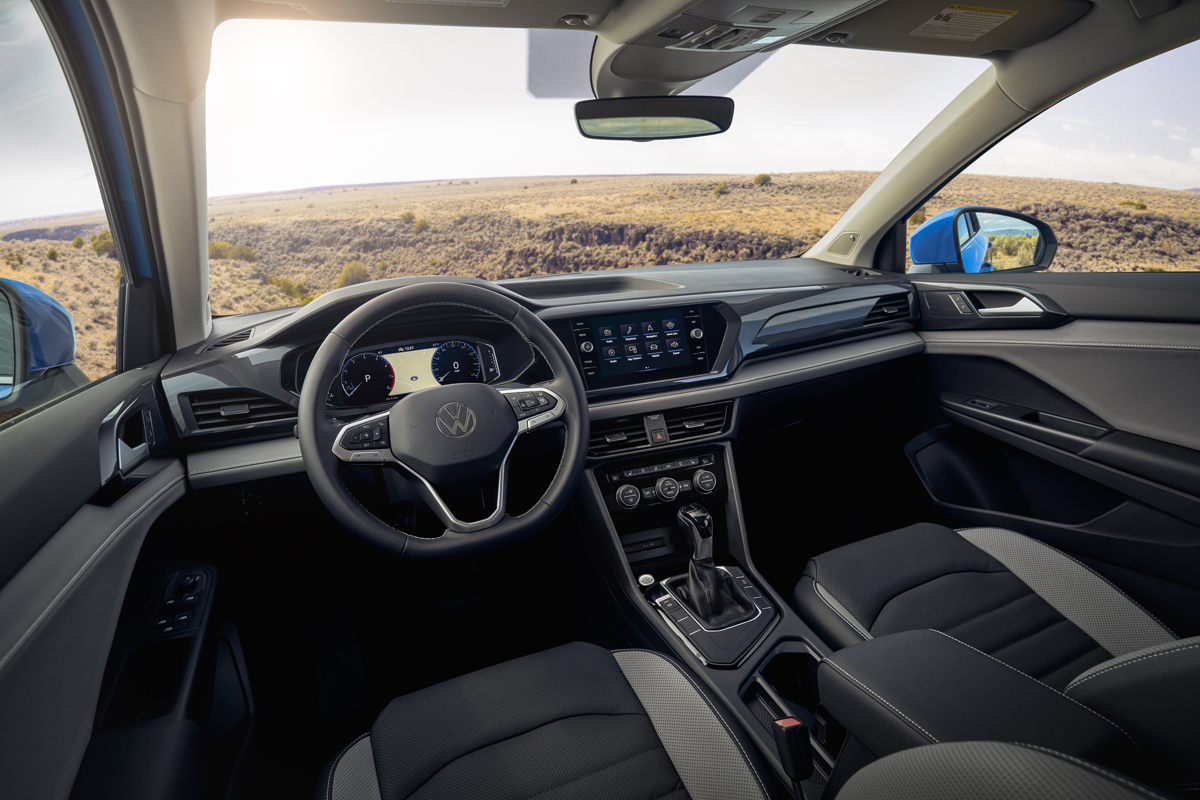 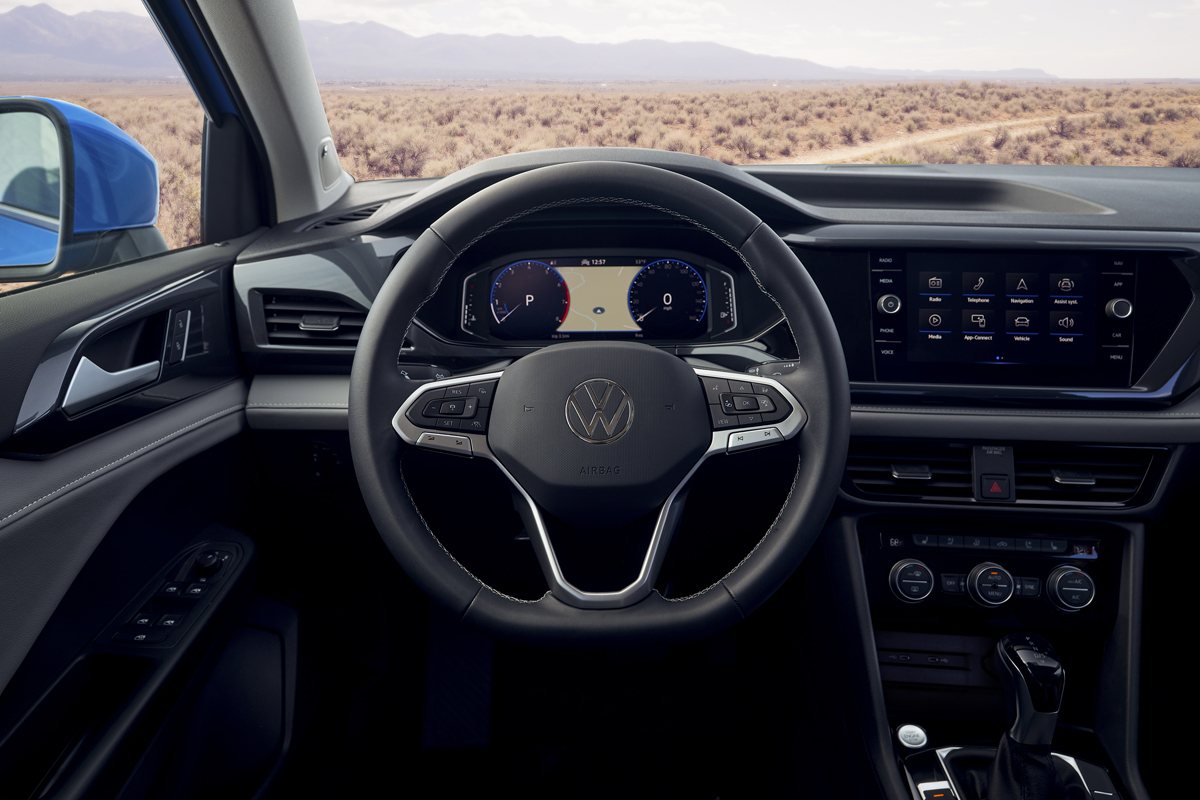 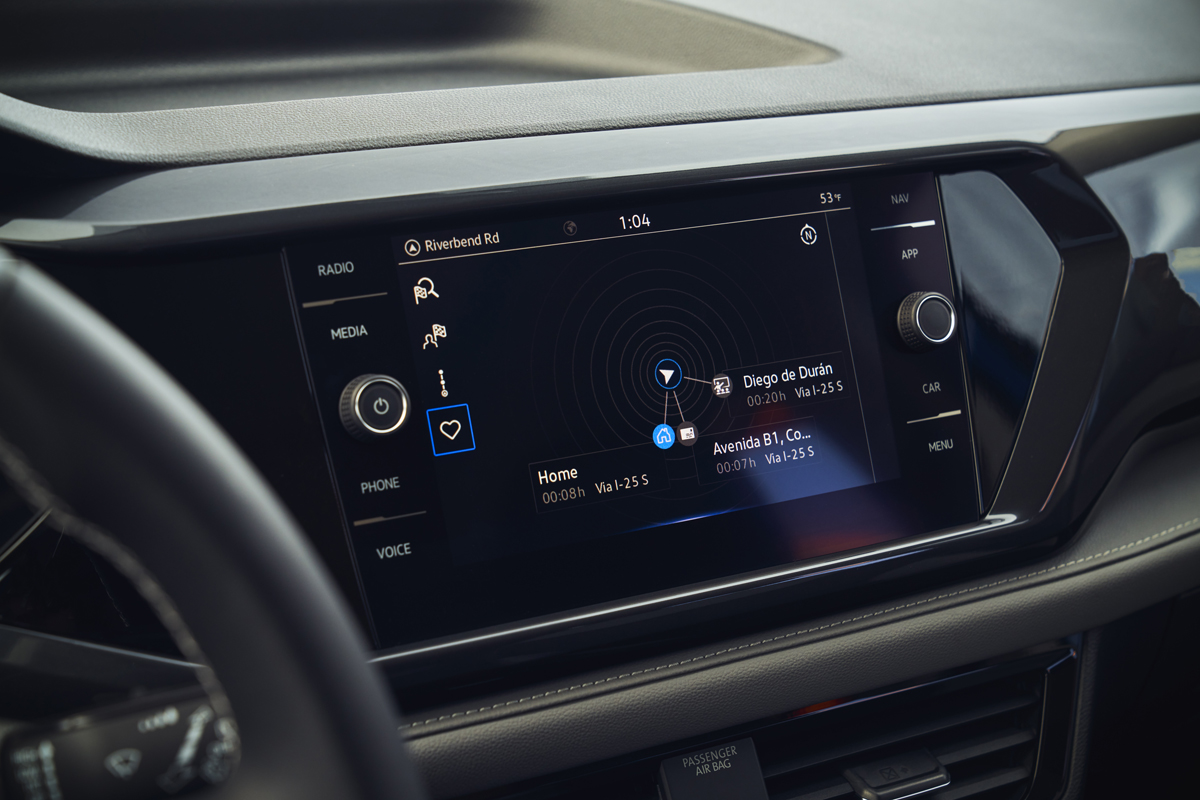 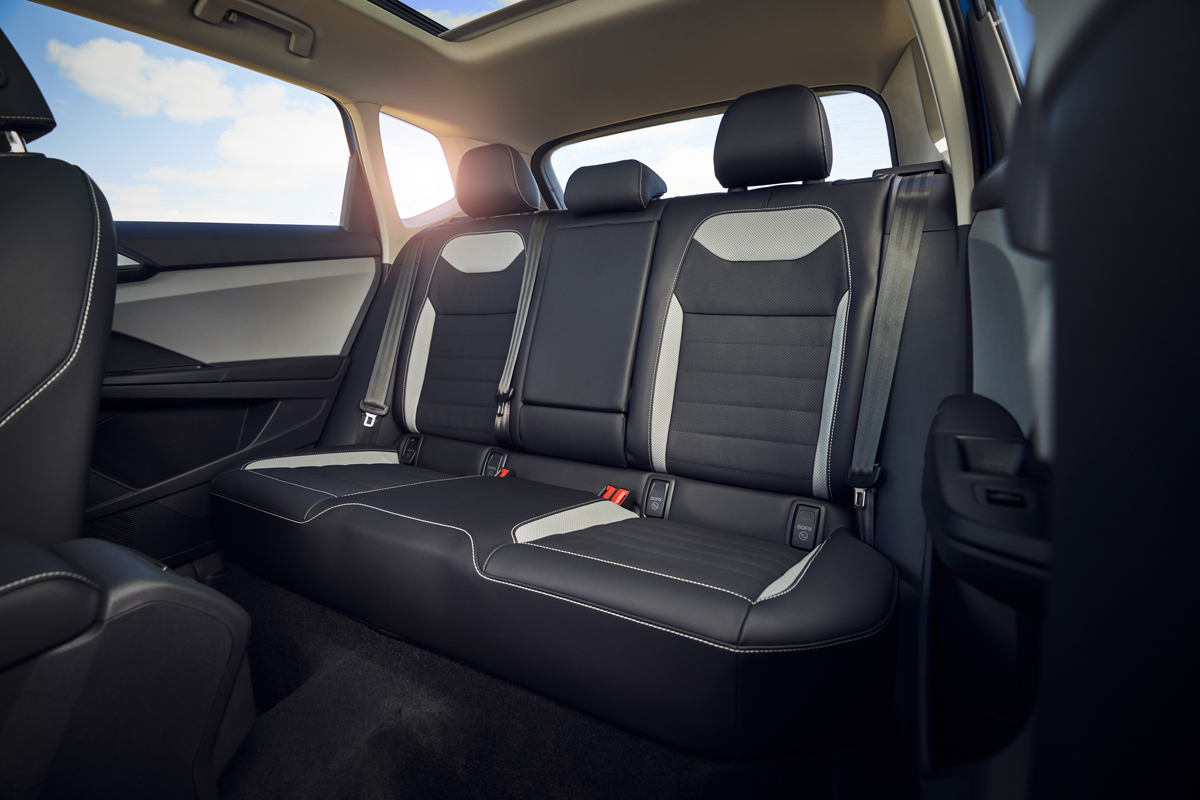 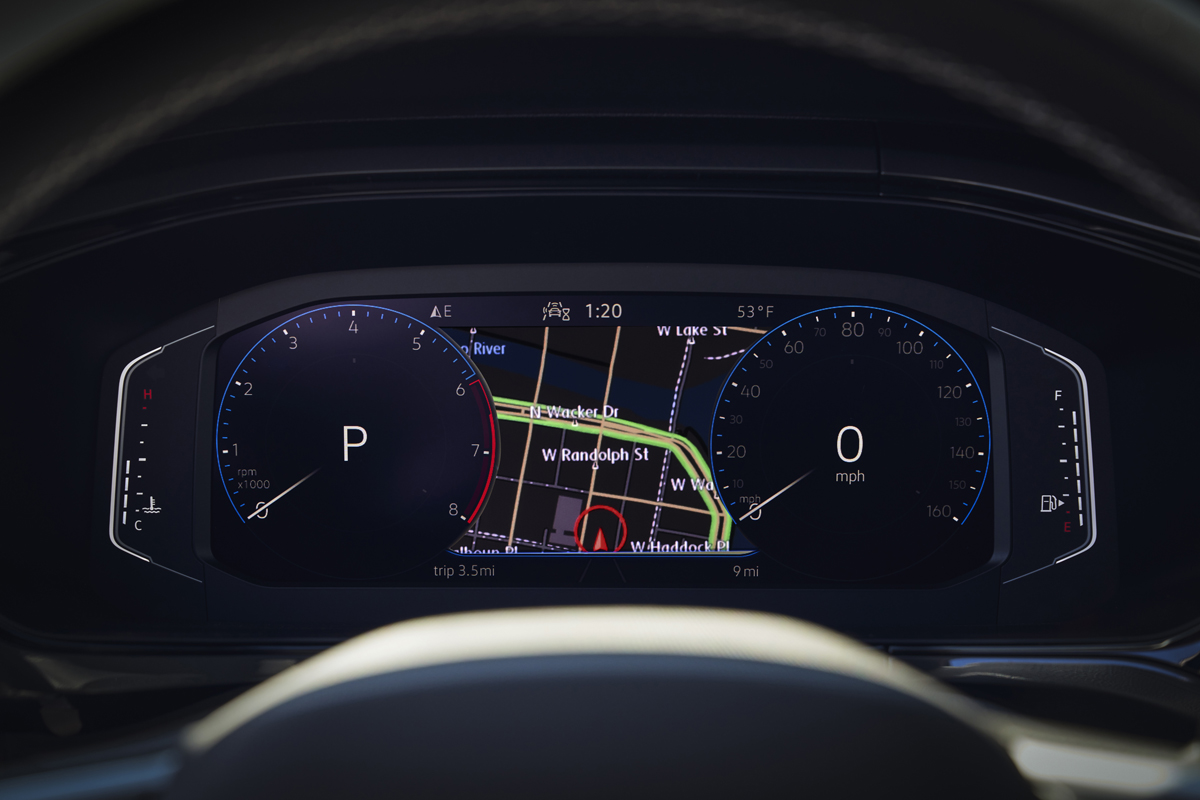 Someone must have been asking for one, because coming soon to a Jeep dealership near you is the 470 horsepower Rubicon 392. Yes, the gear heads at FCA have shoehorned the massive 6.4-liter HEMI V8 into the engine bay ...

For 2021 the hybrid ante is upped with the new Toyota RAV4 Prime plug-in crossover, offering the most powerful, efficient and expensive version ever of the brand's popular SUV. In our week-long test drive review th...

New in 2020, the Mazda CX-30 slots neatly between their entry level CX-3 and the mid-size CX-5 crossover SUV. While not much larger than the CX-3 this one leans into a more premium approach in its style and feature le...

Our test drive in the 2021 Toyota Venza shows the wide-band flexibility of the brand's new TNGA platform architecture. The same vehicle under the skin as the butch outdoor hiking boot of the RAV4 SUV, the Venza strike...

Volkswagen has finally introduced an all-new model without fake exhaust pipes, a rough noisy engine with a jerky transmission and an annoying engine auto-start stop system. That's because this new CUV is all-electric....