The 2023 Ford Maverick build and price went live this week, and those interested in the new off-road oriented Tremor variant can finally what their build options look like in the various colors and option packages.

It might be a moot point for some as the 2023 model year already sold out in a week last month and no more orders are being taken until next year. But for those who have ordered one, or hope to catch one out of the sky somehow, the website is a fun tool.

Chief among the options to really check out are what the unique styling touches of orange accented 17-inch wheels and grille, orange tow hooks, orange graphics and blacked out light lenses look like with all of the available colors. You can also see how the extra bits of the Tremor Appearance Package add to the look.

It is a limited color palette for Tremor including Shadow Black – nice. Then there is Oxford White which I like a lot with the accents. Alto Blue and Area 51 are not available with Tremor but Cactus Gray is.

If you want Carbonized Gray or Cyber Orange you are out of luck as well but they will let you choose Hot Pepper Red for what is likely the brightest combination of colors. Then there is Iconic Silver as well.

Two new colors join Maverick for 2023. Atlas Blue which has been around Ford for some time is available with Tremor which sets off the orange accents with a good level of contrast. Also new is Avalanche Gray which you can only get on Tremor, seen in all of the stock video footage Ford has offered us so far.

The interior of the Maverick Tremor can now be seen with the significant changes of color and trim that come with the package. First of all, the XLT and Lariat color schemes of bright orange or saddle brown go away for a plastics backdrop of Navy Pier and dark silver accents identical to that of the Maverick XL.

After that you get Black seating trims based on your trim grade. If you get the XLT you still get cloth seats but here they are solid black cloth with orange accent stitching and embroidered Tremor logos on the seat backs. Stepping up to the Lariat with Tremor gets you ActiveX vinyl trimmed seats in black with the same Tremor logos and orange stitching accents.

In both cases you get standard the rubber all-weather floor mats with carpeted mats. Controls for the drive modes and Advanced AWD system are found on the center console and the Tremor also gets the upgraded instrument cluster with off-road screens similar to that of the FX4 package.

The Ford website does have some inconsistencies as of the making of our video. Interior color on some trims from XLT to Lariat don’t add up, for instance black plastic on XLT vs Navy Pier. Don’t trust it, Navy Pier is most likely all the same as other trims. Also the rear seat does not show orange accents, this may or may not be true – we will have to wait until they show up to know for sure.

At CES 2023 in Las Vegas, RAM unveiled a concept vehicle that gives us all some good answers as to where they are going with their new full sized EV pickup trucks, the RAM 1500 Revolution. To compete with the F-15... 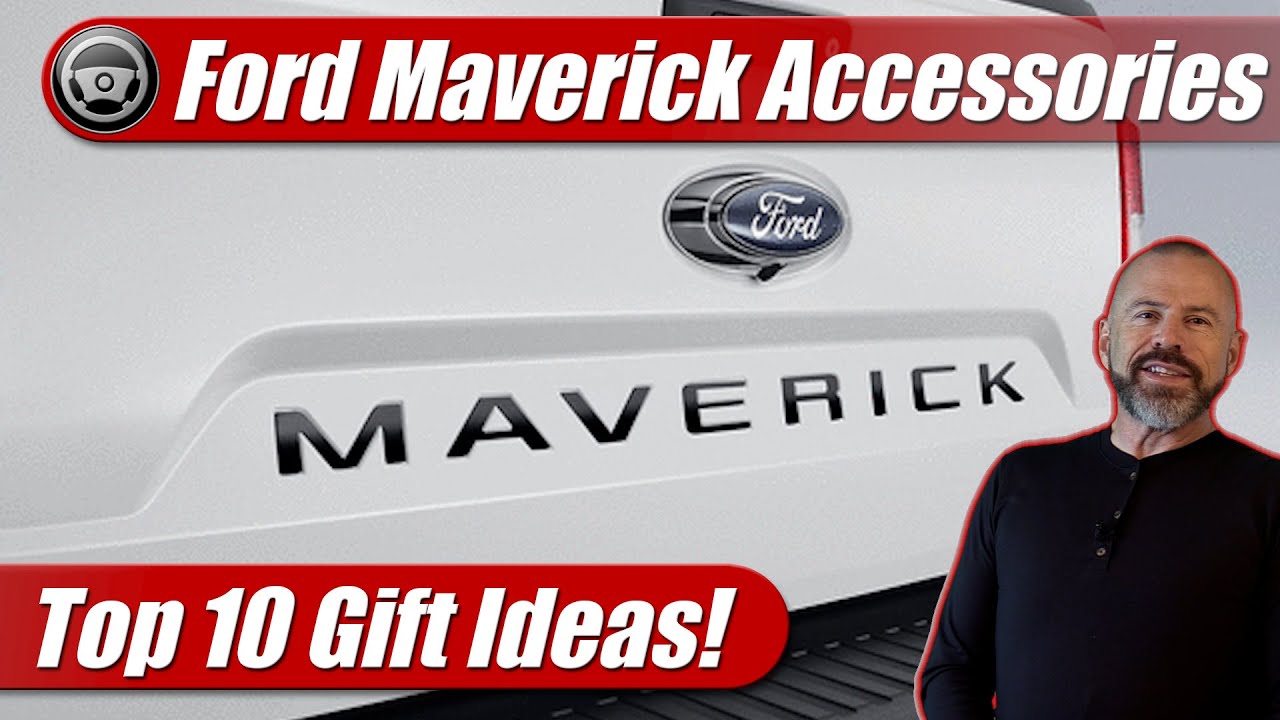 The new Ford Maverick pickup trucks have been out for a year now and that means lots of new accessories available. We have tried out many of them for our own long term test truck and now offer up our Top 10 list o...

If you live in your Ford Maverick and keep a lot of doodads with you, the center console storage is key for all of the little things. I tend to keep chap stick, hand sanitizer, napkins and all the other little stu...

The Keko Sports Bar is a product that is offered as an official item of the Ford Accessory catalog in Brazil for the Ford Maverick. Not available through Ford dealerships here in North America, Keko USA has just l...

With Ford Motor Company notably absent from the SEMA Show this year, many of the companies who build accessories for the Ford Maverick were on their own to provide display vehicles that could show off their latest...