This week, Jaguar showed the world the production version of the new F-Type Project 7, confirming it will be offered for sale in limited quantities.

The F-Type Project 7 made its debut at the Goodwood Festival of Speed in England, celebrating the 60th anniversary of the Jaguar D-type race car which inspired its design.

Jaguar says the Project 7 will be the highest performance version of the F-Type, only producing 250 hand built copies to be shared around the world.

The car brings the true open roadster design from the Project 7 concept unveiled in 2013, including the distinctive D-type-inspired fairing and folding soft top.

Under the hood is a fire-breathing 5.0-liter supercharged V8 with 575 horsepower, up 25 from the F-Type R Coupe.

Jaguar says the Project 7 will accelerate from 60 mph in 3.8 seconds which makes it well, blisteringly fast for a rear-wheel drive car. The F-Type Project 7 arrives in mid-2015. Better call your Jaguar dealer now.

The AMG GT R was a big boot stomp on the luxury sports car scene, but now the new AMG GT C Roadster peels the top back for a rip roaring wind in your hair experience with the sound of that AMG exhaust right behind you...

While the Ford F-150 EcoBoost V6 engine get all the headlines these days, the 5.0 liter V8 on the F-150 option list still lands in the driveway of nearly a third of all buyers. It's not the top option, but a mid-range...

The 1.8-liter turbocharged four-cylinder EA888 in the Volkswagen Golf is the newest engine in the brand's family of cars. It's now the base engine for the Golf, the SportWagen, Beetle, and Passat here in North America...

The SRT 392 HEMI or 6.4 liter V8, whichever you prefer has been offered in the Dodge Charger for some time. Before the 707 horsepower supercharged Hellcat V8 came along, it was to top of the ladder for performance in ...

If you like the Jaguar F-TYPE, you're gonna be pretty excited about a new ultra-high performance version they've just introduced from their SVO skunk works. It's a cat that jumps just a bit higher. If you've ever d... 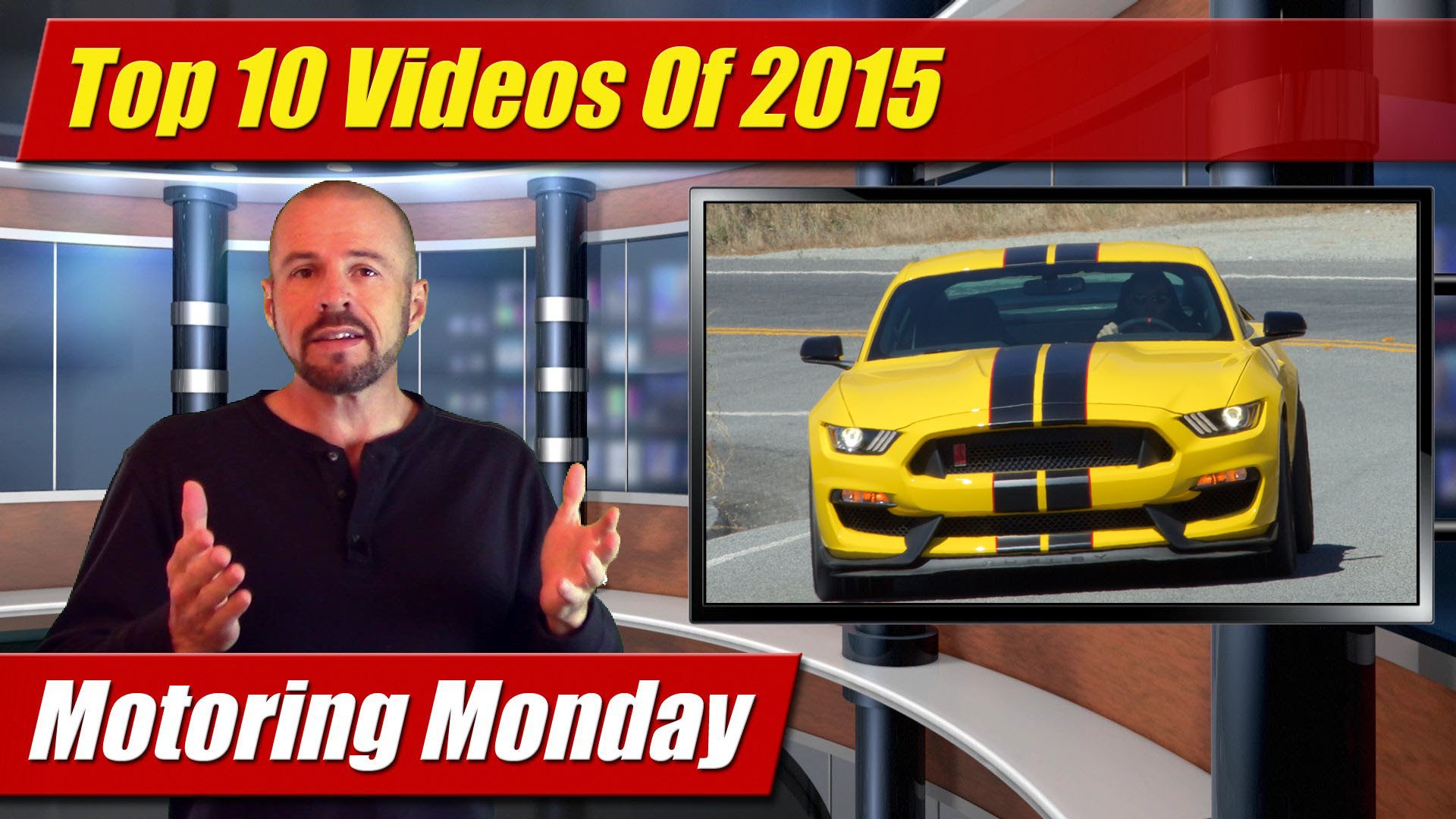 On our last Motoring Monday of the year, we're gonna count down the list of our Top 10 Most Watched Videos of 2015. I'm pretty excited about them actually because these are the videos you voted for, and the ones t...