The fifth installment to now their complete full size truck line, Nissan unveiled their Titan and Titan XD King Cab pickups at the Chicago Auto Show. The new cab configuration joins the first ever single-cab Titan and the Crew Cab which have already been on sale.

The new King Cab retains its familiar clam-shell opening now with a rear door that opens extra wide to allow easier access into the second row. Available in only in one wheelbase version, all King Cab Titans come exclusively with a 6.5′ bed.

Available as an S grade work truck a new feature this year is an option to delete the rear seat to give you a fully flat load floor to give you increased lockable storage for tools, equipment or other up-fits specific to your trade.

The front bench seat of the S grade just like in other cabs offers its unique under center seat storage area and fold down armrest functionality.

The King Cab will also be available in the popular SV and Pro-4X trims with a fully carpeted and trimmed interior such as the SV you see here. With the rear seat in place it can seat up to six passengers. Legroom is slightly less than you will find in the Crew Cab but comparable to what you would find with Ford, Chevrolet and RAM with their similar cabs.

The seats fold upward in a 60/40 split to allow for extra storage space for tall items or gear and the rear passengers do get amenities like cup holders, hvac vents and charging ports. As of now, the King Cab will not be available with the top-end SL or Platinum trims like you can get in the Crew Cab.

You can get the King Cab in both two-wheel drive and four-wheel drive. Power comes from a standard
390-horsepower 5.6-liter V8 engine and 7-speed automatic transmission. If you step up into the Titan XD King Cab you can of course option the 5.0-liter Cummins V8.

As of now Nissan has yet to introduce their long discussed V6 engine option. At the show we were told it will be along a little later down the road and that it will be more of a price point choice than one of fuel economy.

With nearly a complete lineup of cab, bed and powertrain configurations Nissan says the Titan now covers about 85% of the full-size pickup market in terms of what’s offered. They also point out all Titan pickups are available with the best warranty for trucks, a 5-year/100,000-mile coverage bumper to bumper.

The 2017 Nissan Titan and Titan XD King Cab go on sale this spring nationwide. Pricing was not announced at the Chicago Auto Show but count on it being right between comparable single-cab and Crew Cab pricing and you’ll be pretty close. 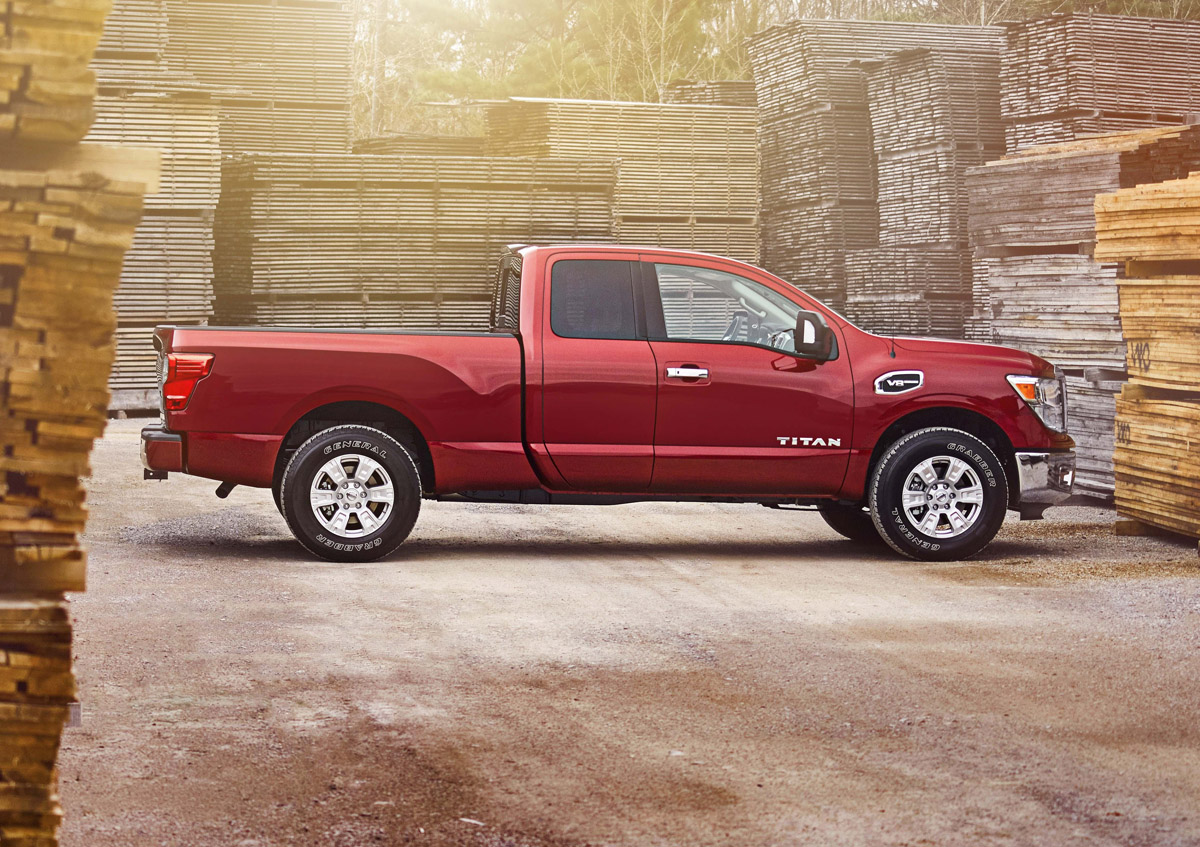 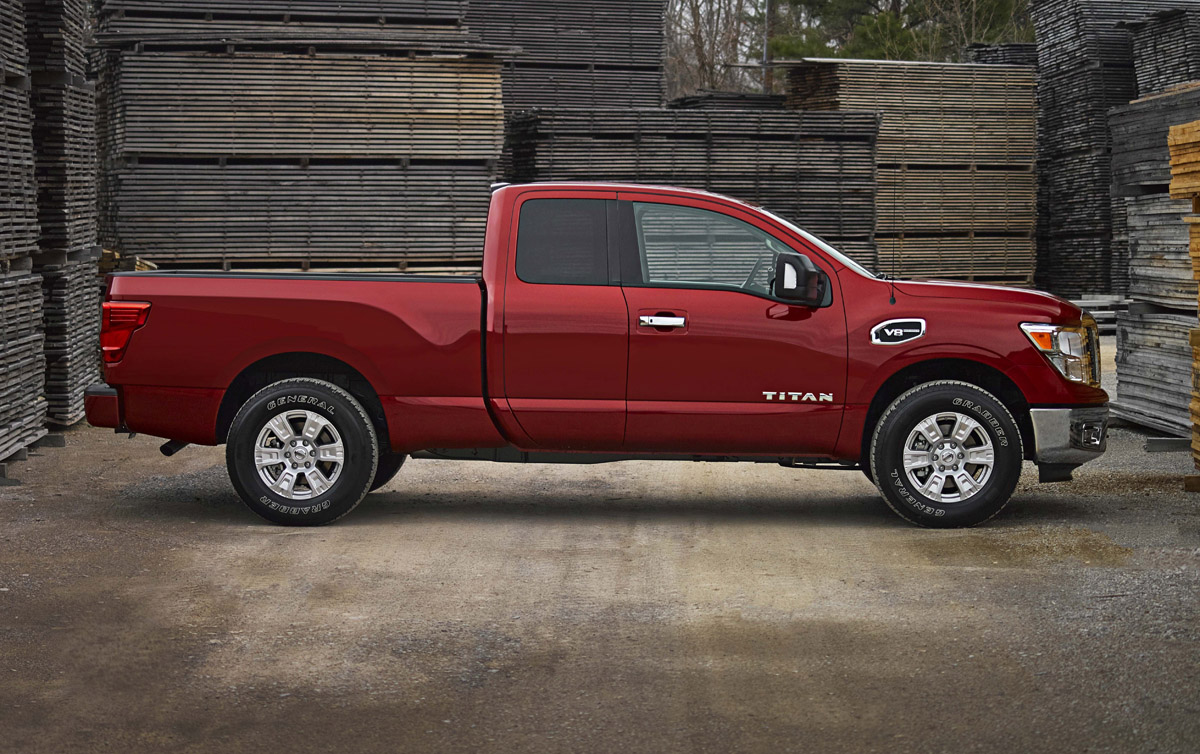 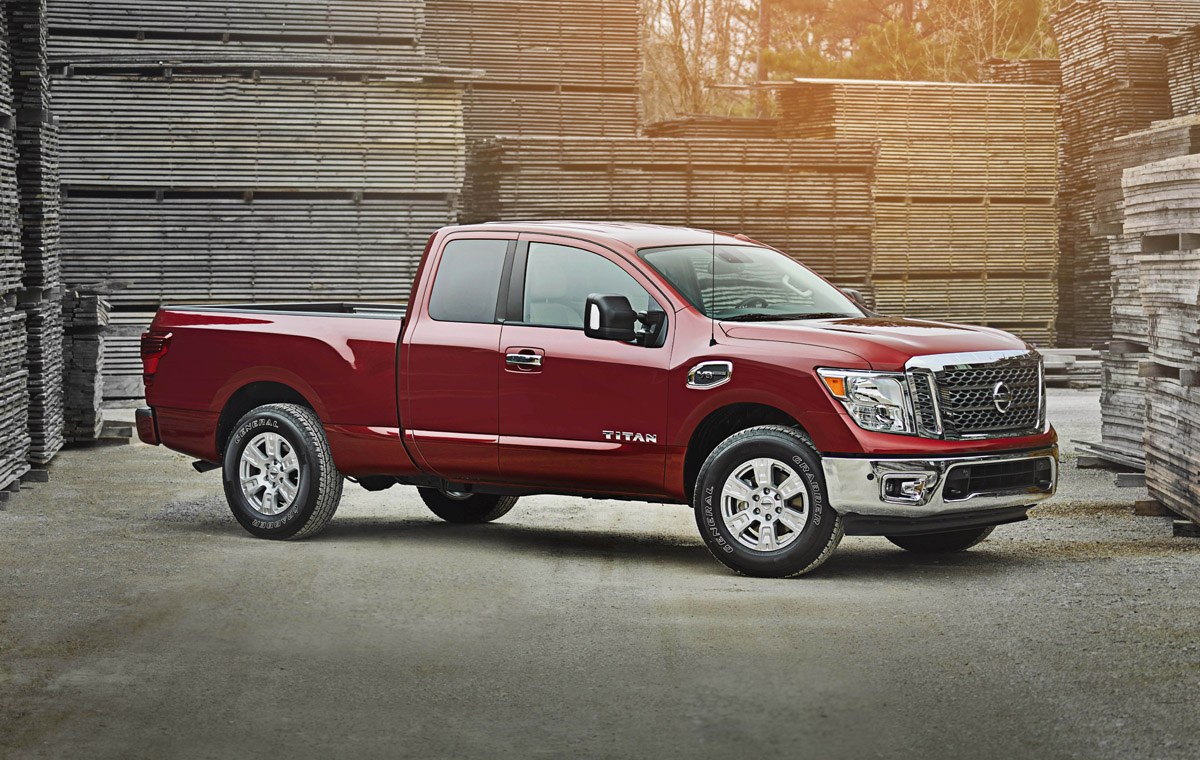 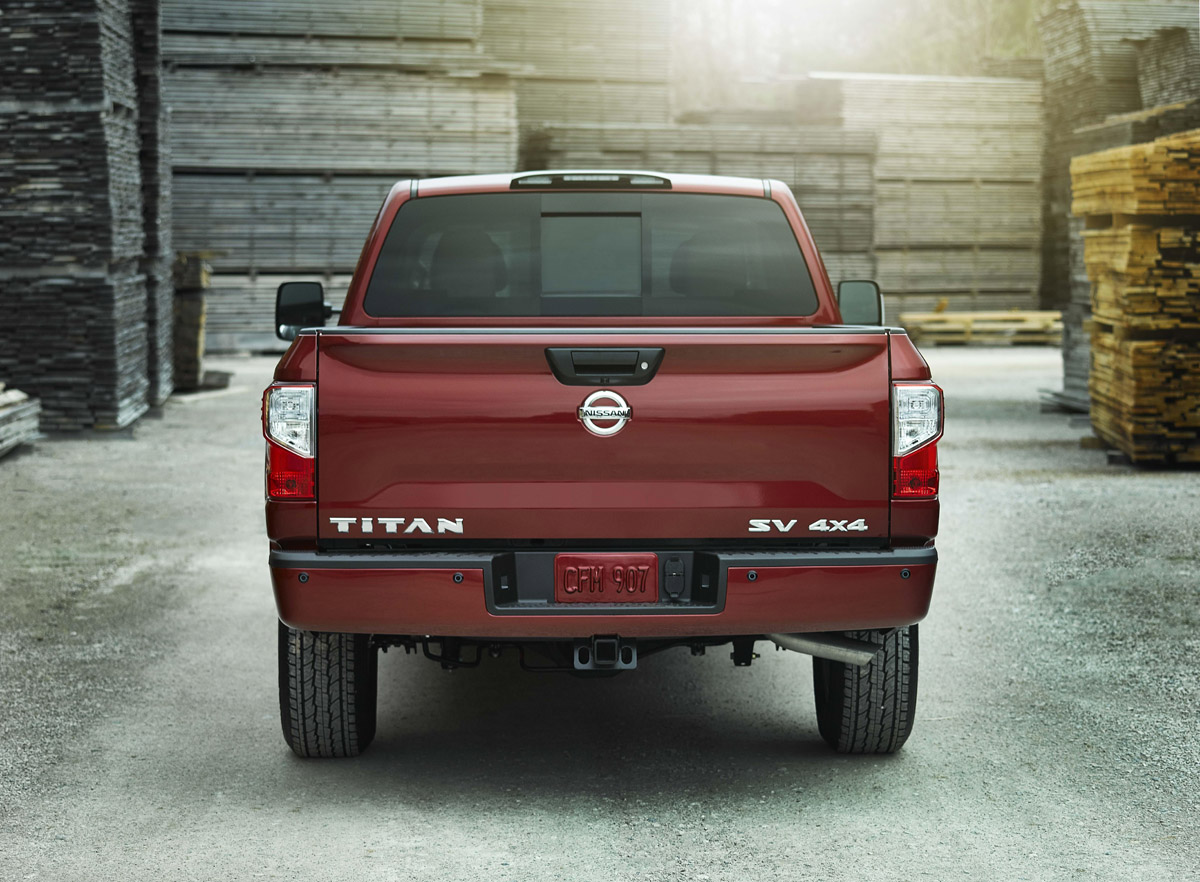 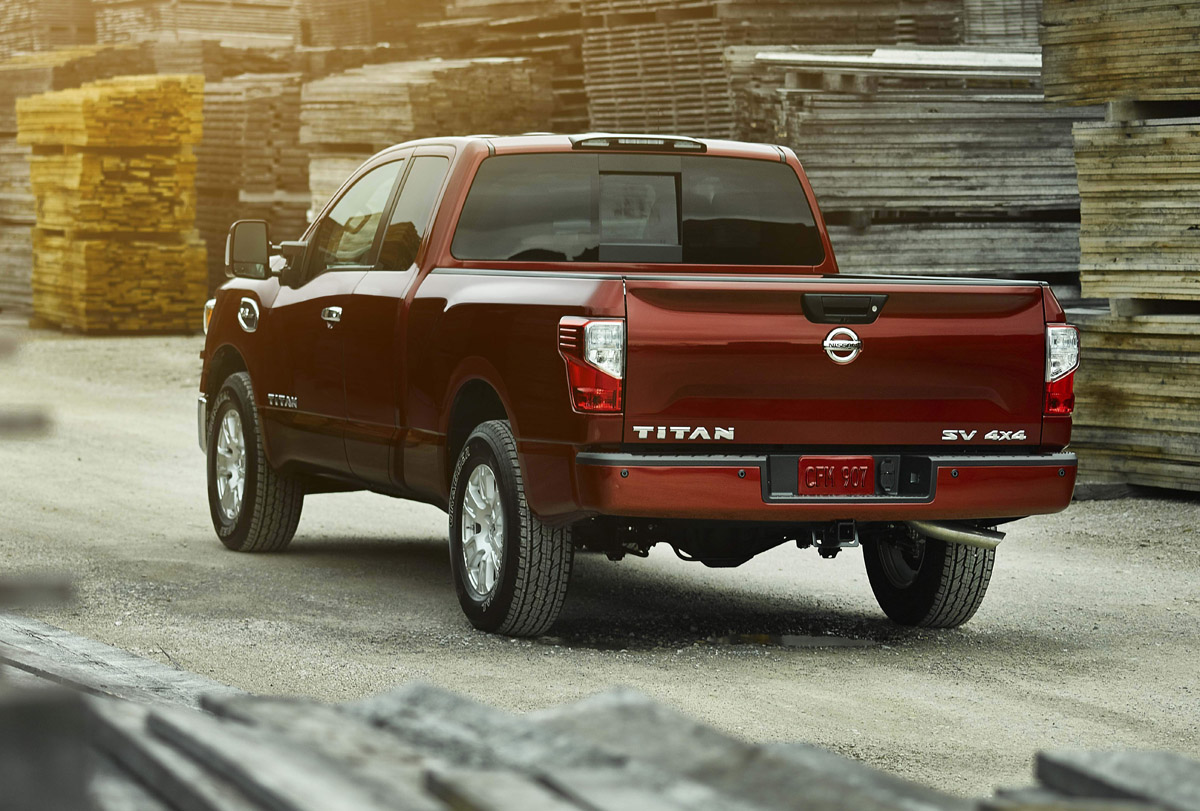 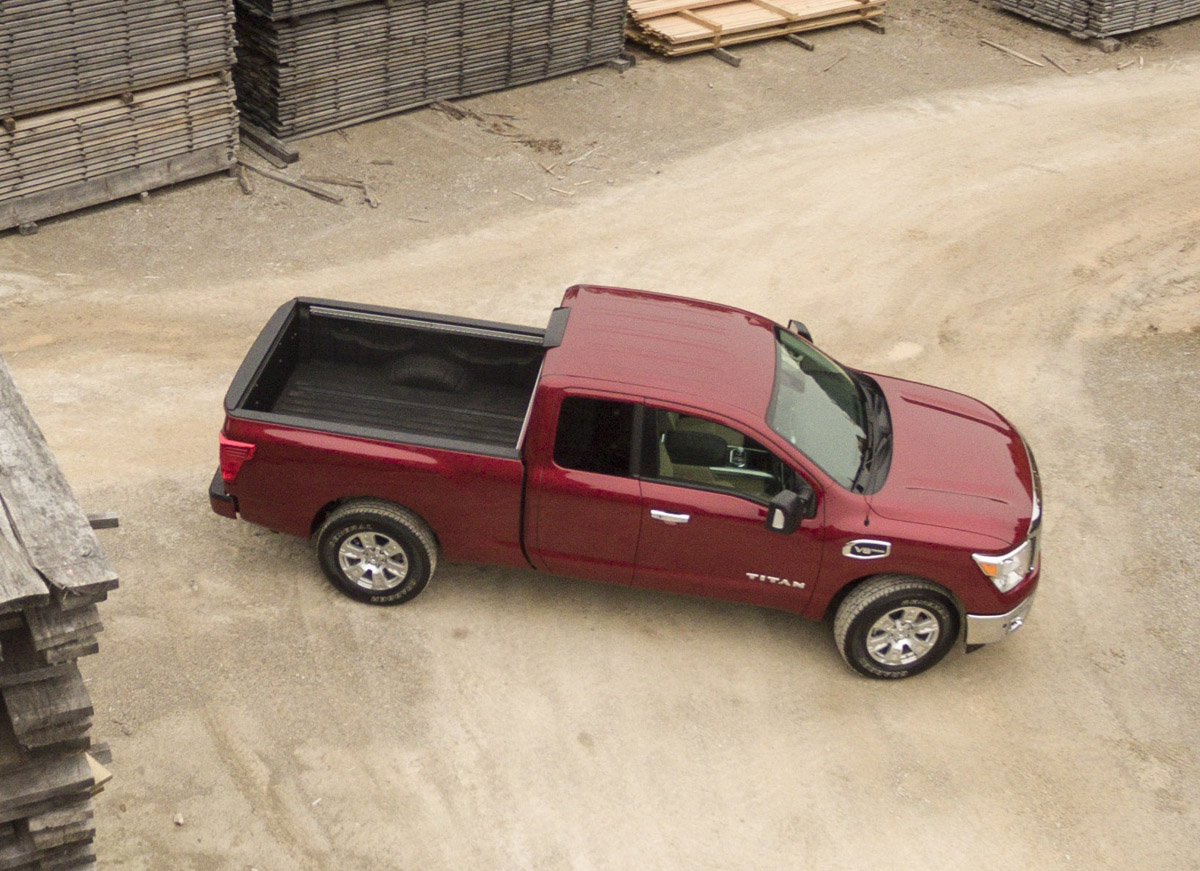 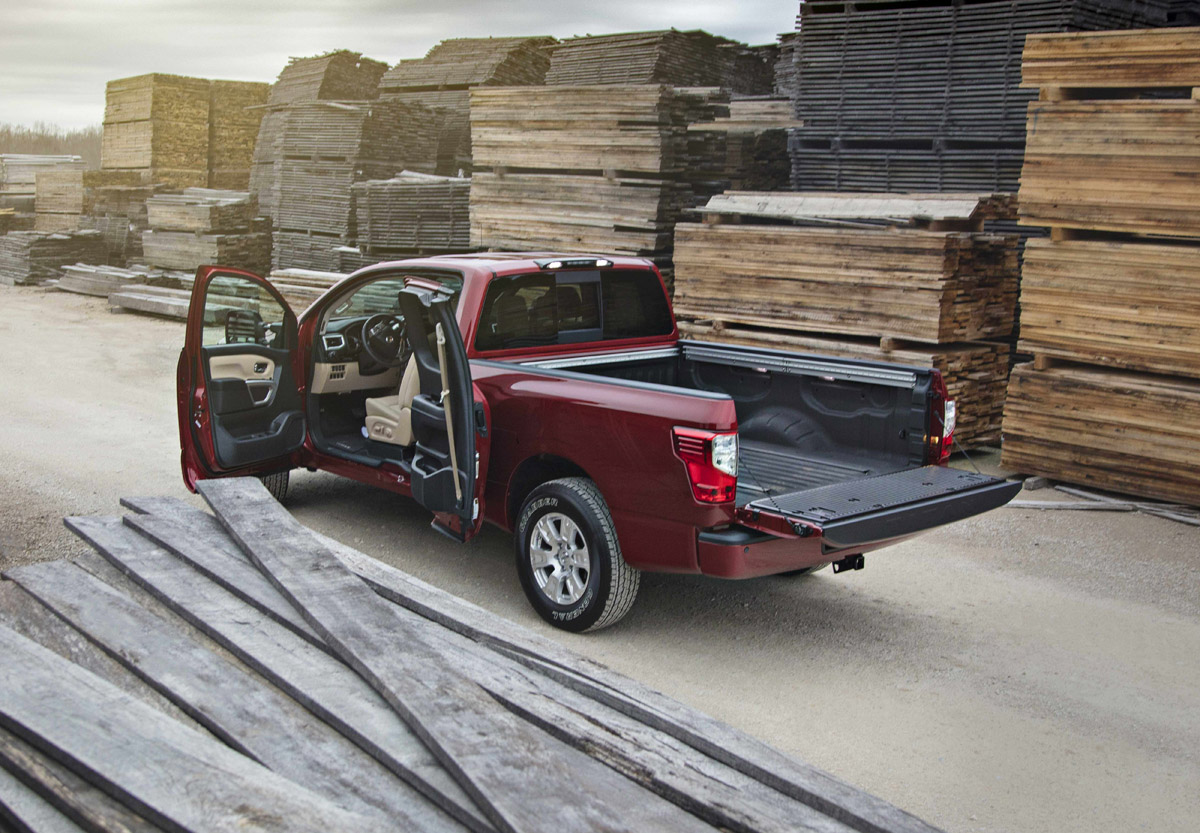 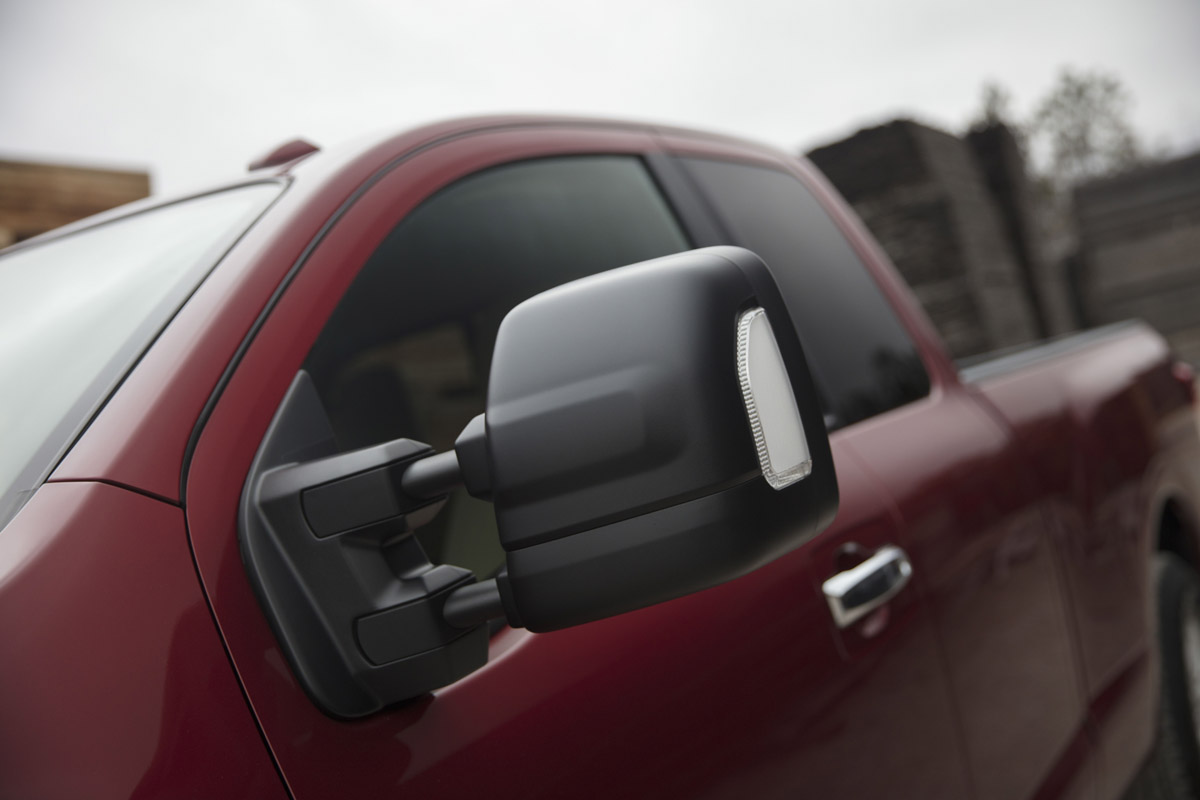 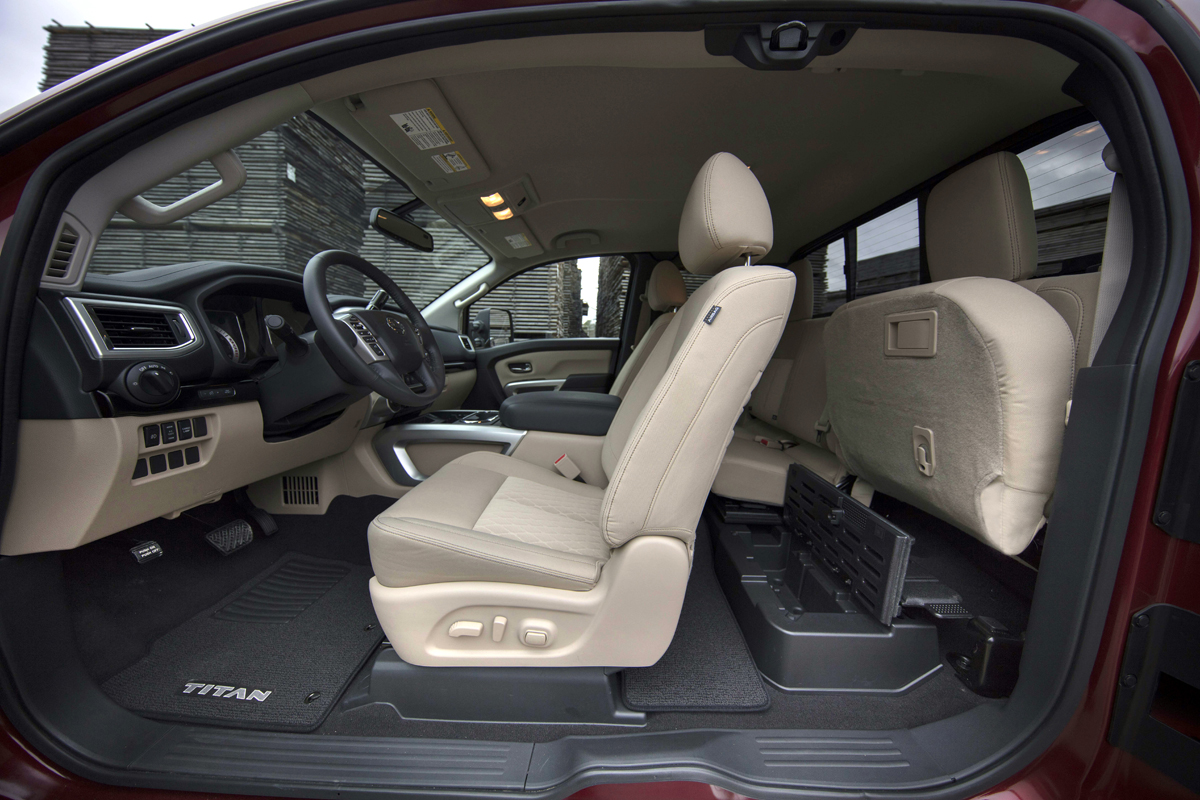 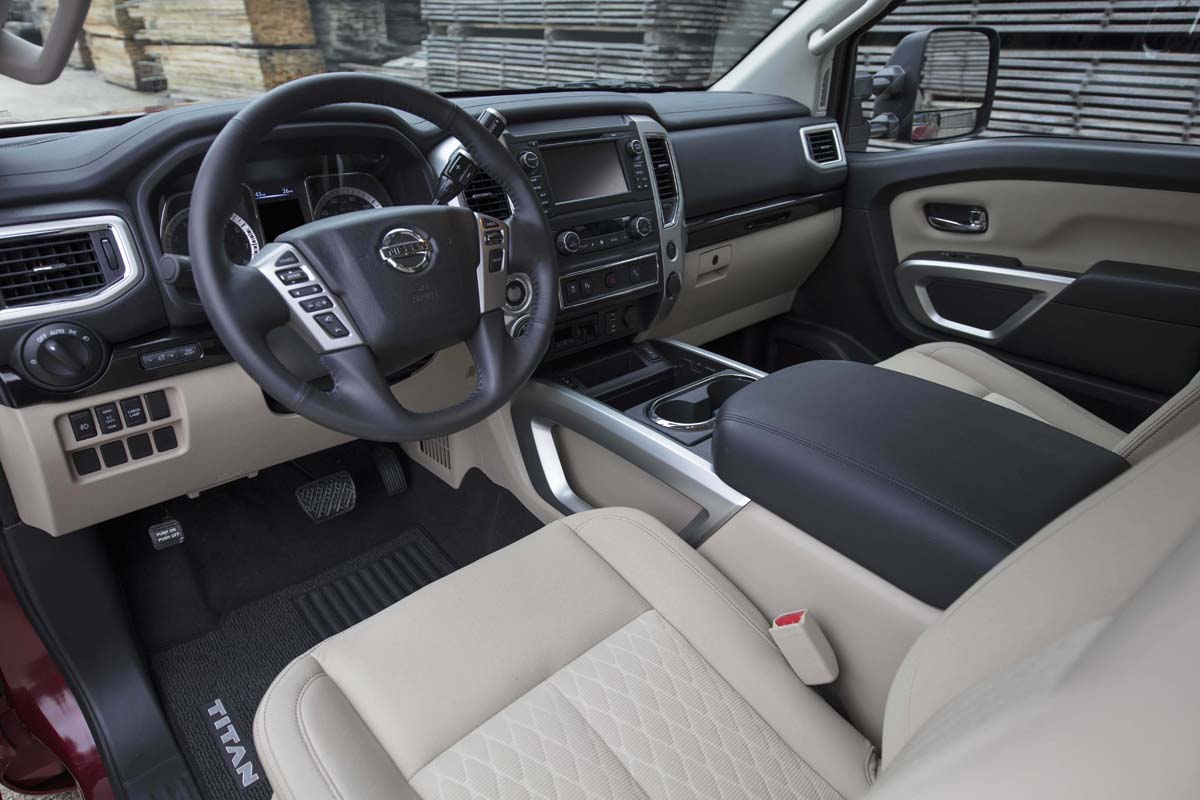 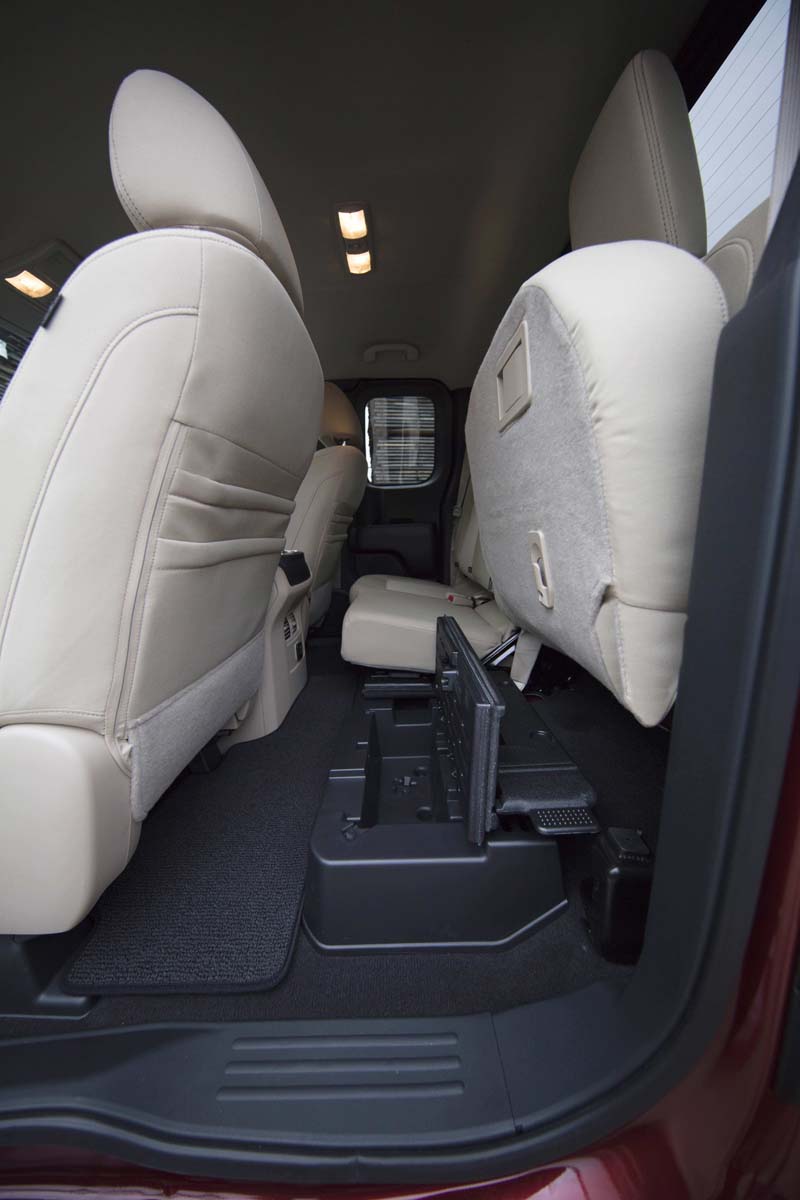 The Ford Maverick pickup doesn't come with many options in the way of audio. It does come with an 8-inch touchscreen AM/FM radio that features Bluetooth connectivity standard, including a number of features but ce...

The 2023 Ford Maverick build and price went live this week, and those interested in the new off-road oriented Tremor variant can finally what their build options look like in the various colors and option packages...

In a supply constrained world, the Blue Oval has worked hard to offer new variations for the 2023 Ford Maverick that don't tax the system too much. They may have found a winner in the new Black Appearance Package ... 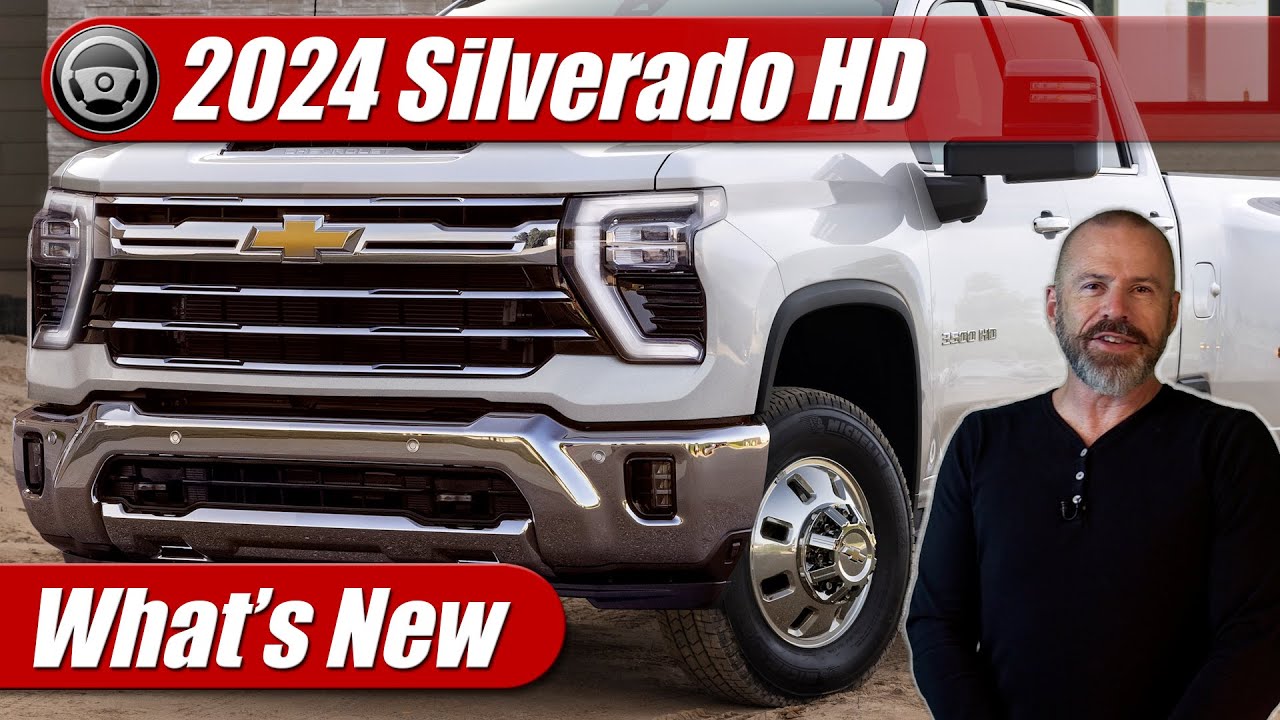