The first all-new “clean sheet of paper” Ford Mustang in a long time has finally hatched and it is an electric crossover SUV called the Mustang Mach-E. If it had been unveiled on April 1st, it might have made more sense.

At the 2019 Los Angeles Auto Show, the new member of the “Mustang Family” made its public debut, opening a new chapter in the iconic nameplate of over 50 years. The arrival of Ford’s new mid-size all-electric crossover in Mustang clothing says as much about the state of affairs in the landscape of the automobile as it does about the company itself.

By all measure, the new Mustang Mach-E is a well designed and executed new “affordable” electric five seat crossover that will be a welcome option it a growing class which loosely includes the Jaguar E-Pace, Audi ???, Tesla Model X, and the ???.

The first American brand to enter this fray, the Ford Mustang Mach-E has a sharp exterior design in its shape and details, good proportional forms and just plain has good curb appeal. Its interior too boasts tasteful and futuristic touches if not mimics that of the Tesla brand with their large portrait touchscreen command center.

Technical features abound with all of the infotainment, telematics, connectivities, autonomous driving aids and the like – a list of things which would be a dozen separate stories in themselves. We will let the Ford consumer website fill you in on all that.

By the end of calendar year 20201 Mustang Mach-E will come in five distinct models starting with the entry point Select, then the Premium, First Edition, California Route 1, and the range topping GT.

With either of two battery packs with all the weight placed under the floor, read a low center of gravity, it should handle well for a tallish crossover SUV and Ford is certainly promising a Mustang-like driving experience in their press materials. Electric range is 210-300 miles depending on the model, not much different than most gas powered Mustangs.

When it comes to form and function, it’s got the specs, it’s got the goods, and it’s got the moxy that promises to make it an appealing option to those seeking an electric crossover SUV.

But is it a Mustang?

As a life long Mustang owner and enthusiast, well over a dozen Mustangs of several generations rolling through my garages over a 35 year span, my simple answer is no.

That Ford chose to wrap their new electric crossover SUV in the iconic pony car branding and imagery is just plain bizarre. They cannot go back from this, the brand is watered down. Whether the Mach-E is a hit or not, the long standing Mustang lineage has been thinned out, whored out, and sold off.

What this move says about the company in my opinion is that at their very core, they are weak. The psyche of the marketing and product teams, the culture politic, and perhaps even the Ford family themselves who call many of these shots has made this decision out of weakness. They aren’t confident enough to launch something like this without some kind of crutch.

Unfortunately Mustang is that crutch. The best nameplate and brand of the company’s history is the one that pays for their lack of guts and their lack of confidence in themselves. Perhaps instead of another marketing campaign turning over of a leaf like the many of the past decades that essentially assert, “We don’t suck anymore”, they are throwing a Hail Mary pass by calling an electric crossover SUV a Mustang.

A lot of use of the phrase “Mustang Family” was used in the press materials for this reveal. One can take by extension that we may see more of this as Ford decides to ease back into the sedan or small car business.

As the next generation Mustang will be significantly larger, why not offer a four-door sedan or five-door variation such as the Kia Stinger? Don’t be surprised if at some point there are a number of “Mustangs” in the stable, all capitalizing on the once purebred brand to sell whatever flavor of the years is.

In the end, the Mustang Mach-E will likely be a successful filly for Ford as a competitor to the many like vehicles it will race with in a few years. It wasn’t however necessary to hitch it to their champion prize winner to make it good or appealing. 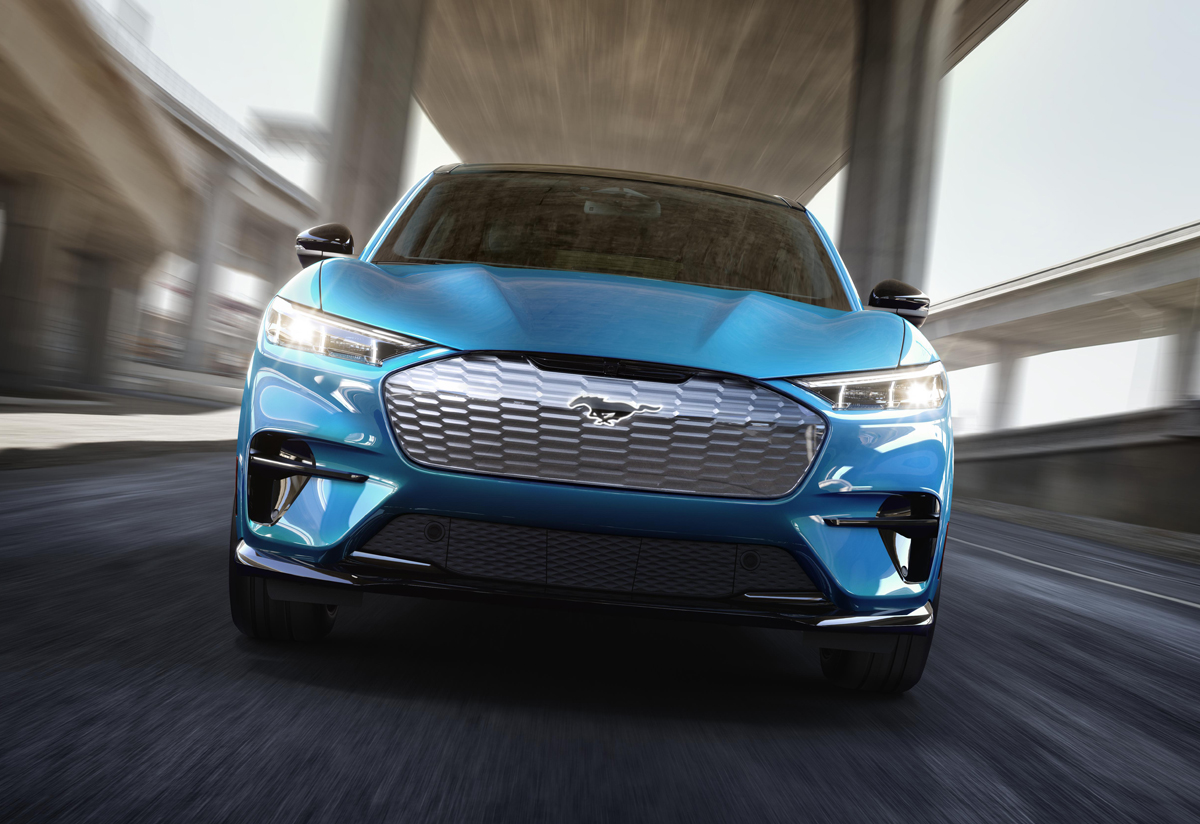 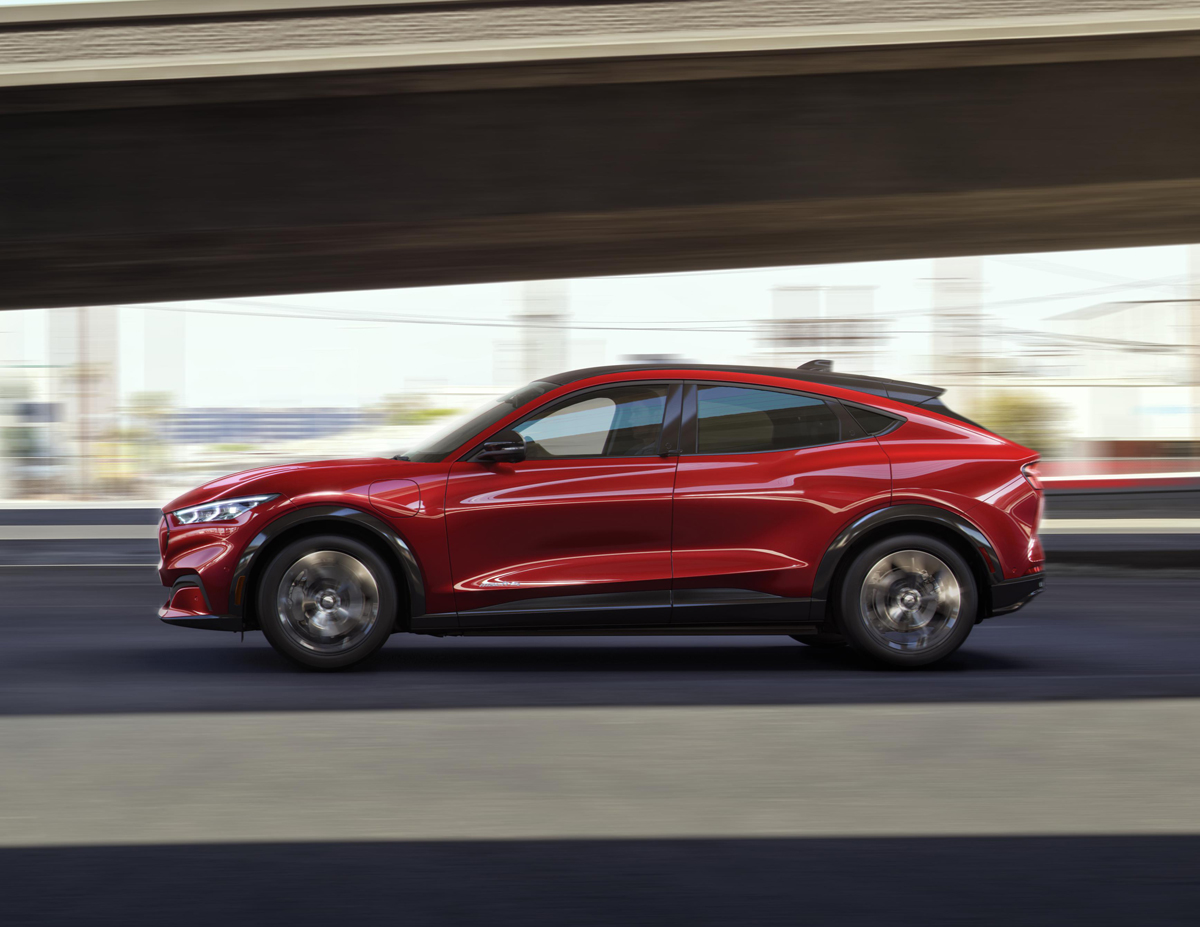 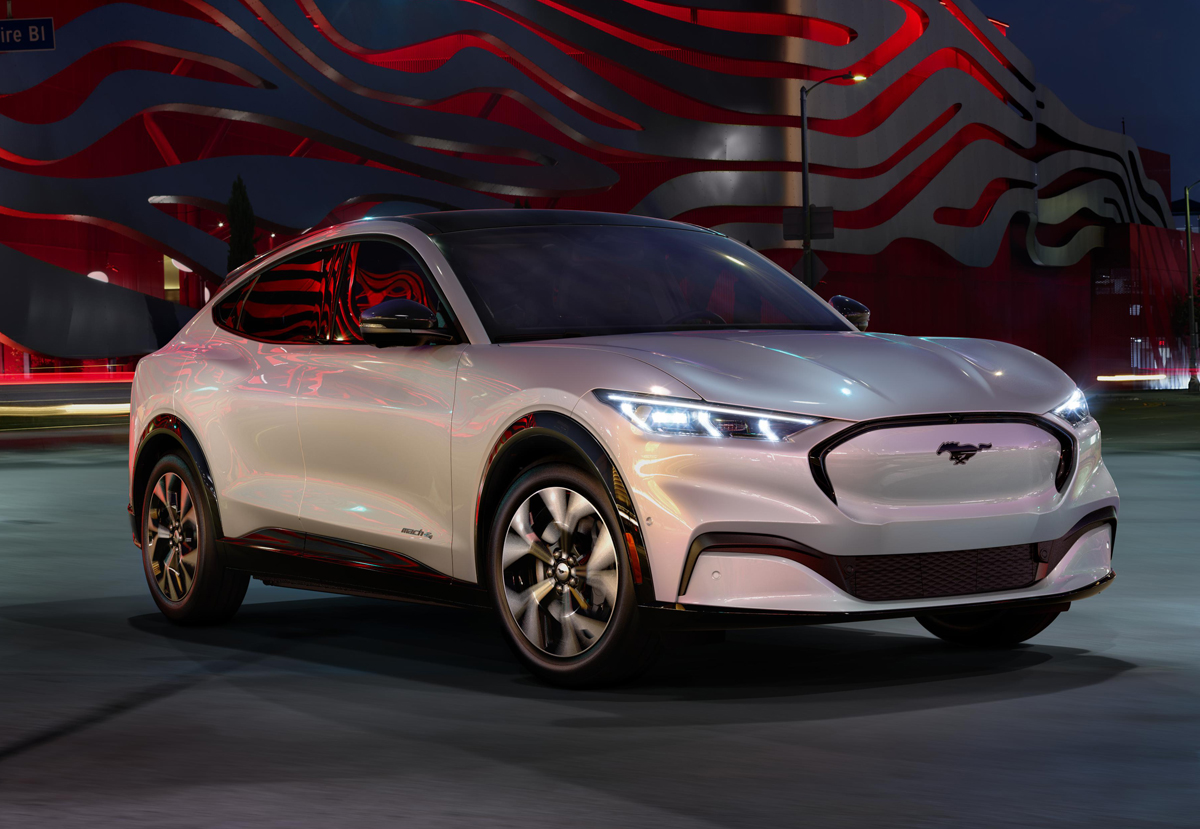 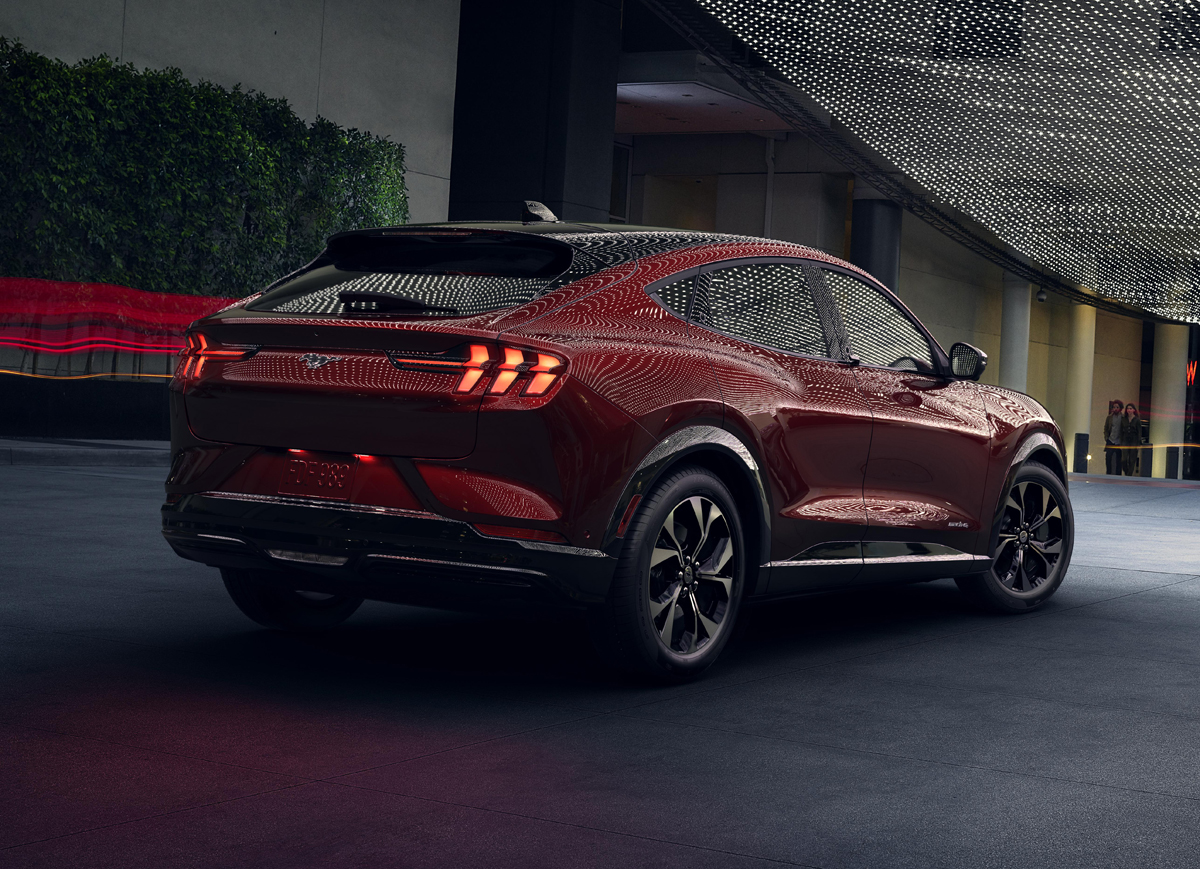 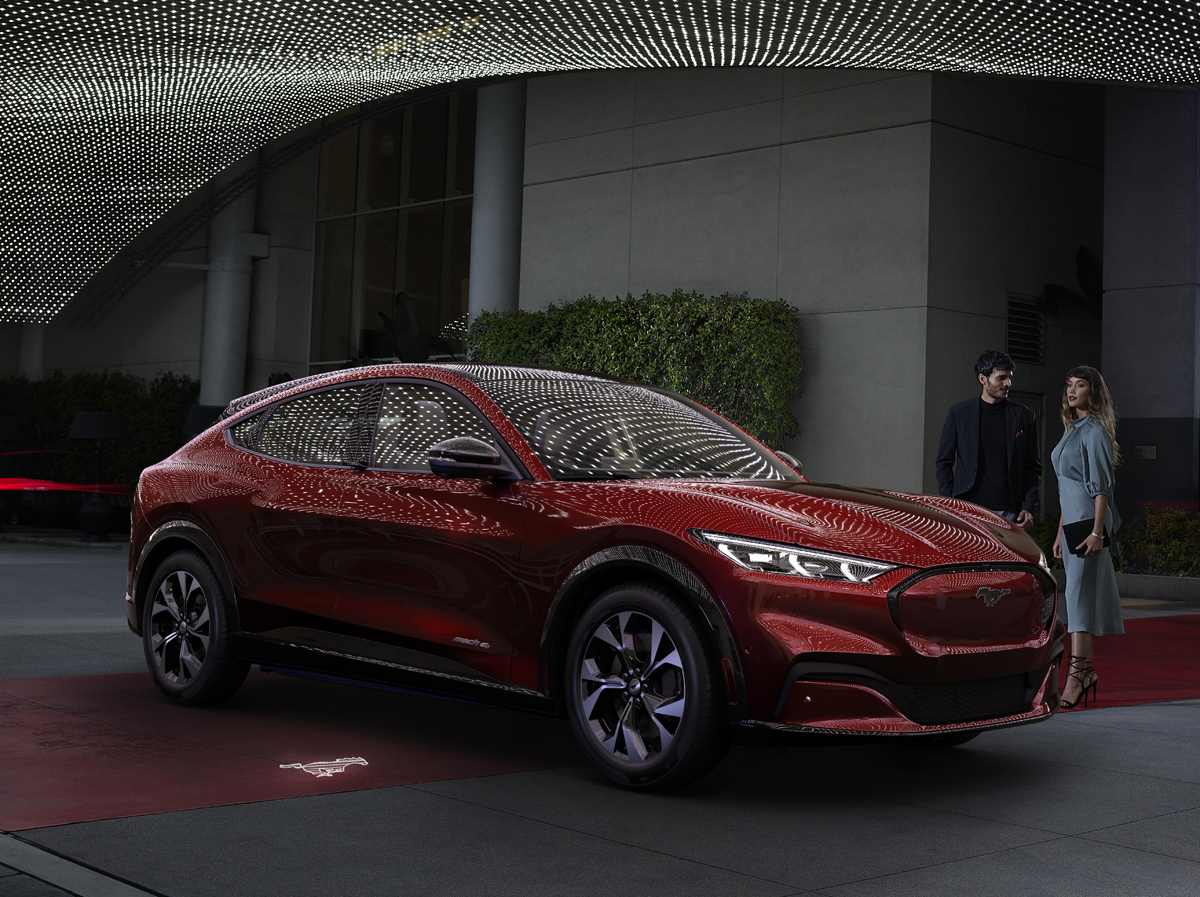 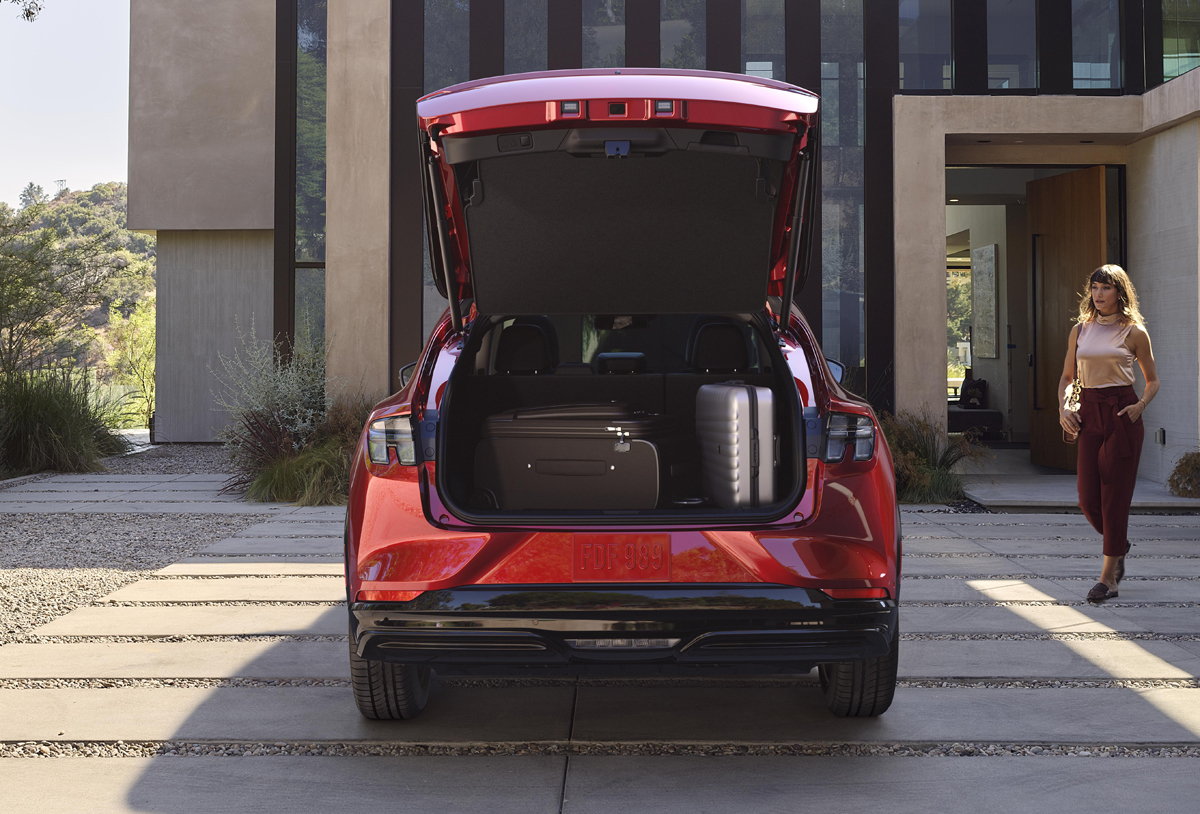 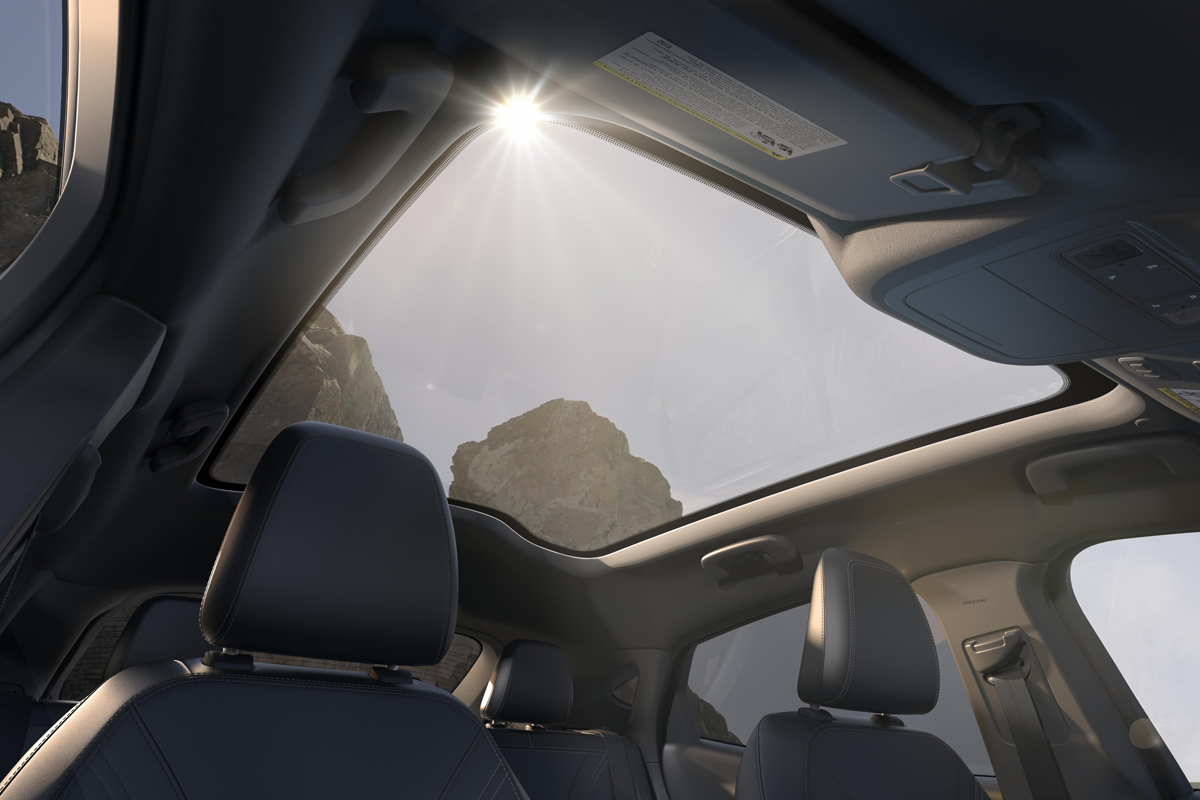 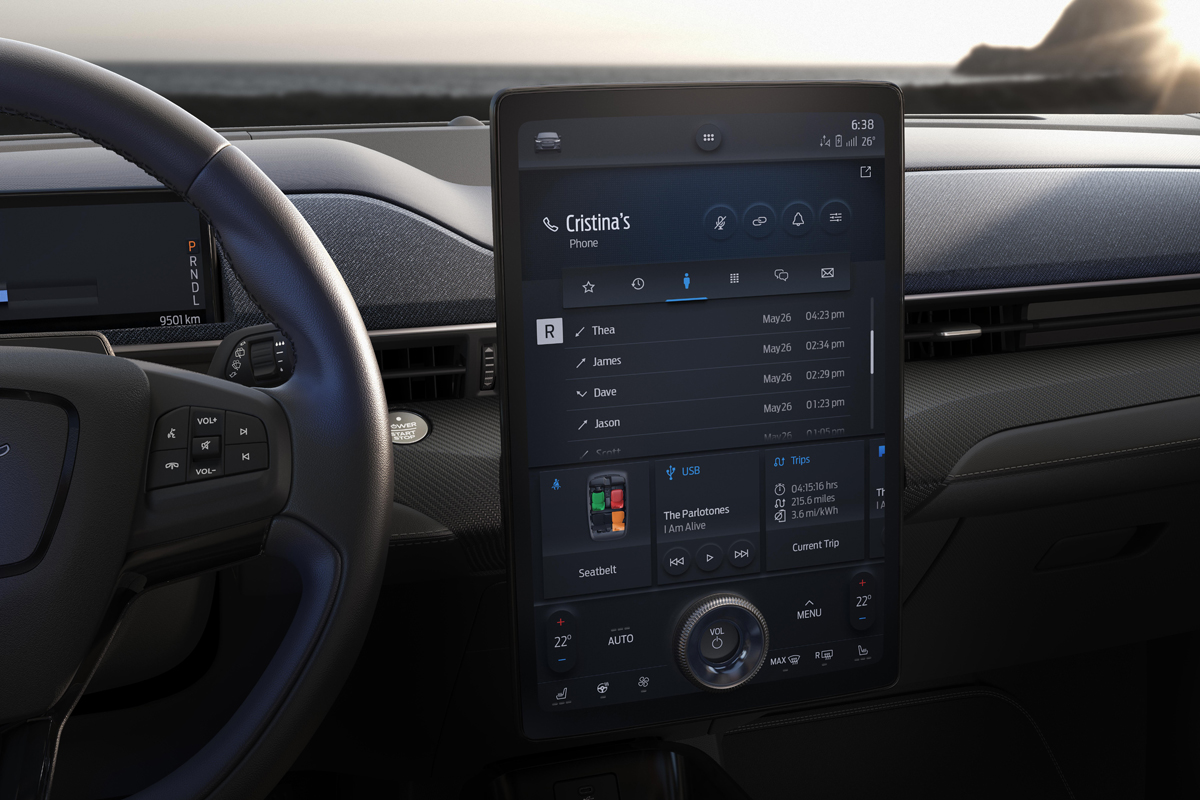 Now that the 2022 Ford Maverick and Hyundai Santa Cruz compact crossover pickups have been fully unveiled and headed our way by year's end, it's time to compare them side by side to see how they stack up. Styl...

Kia was the first of the Hyundai-Kia partnership to fully unveil their new all-electric 2022 EV6 CUV based on the company's new Electric-Global Modular Platform known as E-GMP, the Hyundai Ioniq5 being the family ...

The Ford F-150 Lightning once the fastest gas guzzling truck available from the Blue Oval goes forward as a zero-emissions centerpiece of the company's $22 billion investment to electricify its global model lineup...