Today on Motoring Monday we share the TestDrivenTV “Id Buy It” list from our test drives in 2015. These are cars that host Sam Haymart liked enough that if he were shopping in their category, he’d buy it. Think of it as our “Car of the Year” or “10-Best” honor like the big magazines have.

Out of the 125 plus vehicles we tested this year, only ten made the cut. There’s a little bit of everything from American muscle to sports cars from Japan, crossovers to trucks, and even an electric one.

There is only one rule for a vehicle to qualify and it’s that the vehicle was one we spent enough time with to really get a feel for, not only for performance but how it is to live with. The I’d Buy It list is a subjective grouping, but one we feel is our highest honor given.

For the 2015 model year the Chrysler 300 received a number of styling and feature updates to keep it fresh, and it needed them as it’s been on the market for some time.

The updates succeed in keeping it contemporary and competitive in the market. But the thing with the Chrysler 300 that won us over was its distinctive rear-wheel drive V8 American car swagger that nobody else really offers anymore.

The one we tested had the big 5.7-liter HEMI V8 which was always happy to come live and simulate a bar fight when the mood struck. Yet the rest of the time it was smooth and refined more like cheese and wine. And even the base 3.6-liter V6 is far from a consolation prize.

Based on the same chassis as the Chrysler 300, the Dodge Challenger made the list for the second year. This season we tested the 6.4-liter SRT as well as the Hellcat. Yes, it’s big and heavy. Yes it’s a throwback to another era. But it has a tight modern chassis and handles quite well for its weight.

The new interior for 2015 forward is much improved, and it’s just damn comfortable to cruise around in when you’re not on the other side of the tracks looking for trouble. We would buy any engine in this thing from the base V6 all the way up to the 707 horsepower Hellcat. It’s just well done.

Sam grew into his driving shoes behind the wheel of Ford Mustangs so it’s saying a lot that he’d choose the Challenger here. And even though we tested the 2015 Mustang a few times this year, it didn’t make the I’d Buy It list.

It took just a week with the bright Orange Fire Pearl 2015 Honda Civic Si this year to completely fall in love.

The Civic Si has always had its fans, and until this car came along we really didn’t pay them much attention. After spending some time on our favorite windy road, it all started to make sense with a light-hearted combination of power and handling that make it a blast to drive any day of the week.

With 205 naturally aspirated horsepower, its 2.4-liter V-TEC engine is in its last year, giving way to a turbocharged mill soon. That may or may not be good, time will tell. But this one is linear and responsive, eager to take you through the gears revving high for a smile on your face.

Sometimes what makes a car a joy isn’t any one thing, its the sum of it all. The Honda Civic Si is one of those cars, and an excellent value at its price.

When it comes to crossover SUV’s the single choice on our I’d Buy It list this year is the 2016 Kia Sorento. All new for 2016, it raises the bar not only for Kia, but also for its competitors.

All-new for 2016 Kia substantially upped its game with the Sorento, now offering a much higher quality interior than before with a level of design detail and flair that’s downright impressive in this class. It can be had with two or three rows, and lots of variation from base models to fully loaded like our tester.

Styling is handsome, though perhaps less distinctive than some. On the road, we found its 2.0-liter turbocharged four-cylinder to have plenty of power and it has excellent manners delivering it. Handling was refined on and off-road too. Our tester was a bit pricey at $45,000, but we felt worth every penny even with a Kia badge on it.

Also from Kia, the Soul EV won us over with its own recipe of torquey silent power and fun to drive character. And fun is the theme with its bright color and style that can’t be ignored. But beyond the fun is a seriously competitive electric car here.

It’s range is near top of the class for compact electrics, its power and handling offer more than the walking dead experience of some you can compare to it, and its price is reasonable given the quality of its build and interior.

It’s an electric car that actually begins to pencil on a spreadsheet too if your commute falls within its range, but don’t forget it’s a lot of fun.

Returning to the I’d Buy It list for the second year is the Lexus IS lineup. And by lineup we mean every thing from the entry level IS200t to the top-grade IS350 F Sport.

We tested several Lexus IS models this year from the 306 horsepower IS350 which has been on the market for some time, and even the new for 2016 IS200t with its first-ever turbocharged four-cylinder engine.

Even in the new base model, the Lexus IS offers a combination of fun to drive goodness, sharp responsive handling, and a top notch interior execution that used to come as praise for BMW 3-Series. The difference here is, you get Toyota reliability instead of getting to brag about how often your car is in the service bay.

Don’t get us wrong, we love BMW’s. But the current generation Lexus IS sedans no matter mild to wild are everything the 3-Series used to be and more.

The 2016 Mazda MX-5 Miata without question pressed all of our retro buttons and found a few new ones we didn’t know where there.

After 25 years most cars lose their magic, they grow fat and happy, and rest on their laurels. Not so for the all-new 2016 Mazda MX5 which still adheres strictly to its diet, actually losing a little weight and an inch or two in its belt line for this year.

While we’re still not entirely warm on its new styling yet, and its interior is atrocious in design and execution, its driving performance and fun factor made all of that secondary. Pushing it hard on a windy mountain road brings on a perma-grin that reminds of your very first time…..driving a Miata that is.

Something you can perhaps tow your Miata Spec Racer to the track with is the all-new 2016 Nissan Titan XD which goes on sale about right now. We spent a lot of time driving this truck this year, powered by a new 310 horsepower Cummins 5.0-liter V8 diesel on the road and off.

It’s something different. It’s in-between actually. It’s more than a half-ton truck, but not all the way to a three-quarter ton.

What it has is a substantially solid feel in its handling, particularly when loaded and towing. It has capabilities, features, and a quality level that people will take notice of. We did, making this the first full-size pickup to ever to make the I’d Buy It list.

The 2016 Nissan Titan XD will later also be available with a next-generation 5.6-liter gasoline V8 with 390 horsepower which we haven’t yet driven.

We tested and absolutely loved the 2015 Volkswagen Golf and SportWagen TDI’s this year. We gushed lovingly about them and even put them both on the I’D Buy It list.

Since then of course the TDI scandal broke where we found most of this diesel goodness was in fact a lie perpetuated on the EPA, buyers and journalists a like. Leading up to now, we had really been torn on how to handle this matter with regard to the I’d Buy It list. But it’s a moot point actually, since the TDI versions of these cars are off the market as of today and you can’t buy a new one anyway.

In spite of the TDI mess, the new 2015 and now 2016 Golf and SportWagen are both excellent cars even in their gasoline powered versions which we have also tested. Those will remain on the I’d Buy It list as such. We’re not going to punish VW and take what are still good cars off the list out of spite or on some moral high ground principle. VW will be more than paying for their sins on the TDI issue.

The gasoline powered Golf and SportWagen are exceptional cars. Both are based on the new MQB platform architecture which offers sublime handling, more space, lighter weight and better fuel efficiency than the cars they replaced. They’re IIHS Top Safety Pick + material and they finally come with a USB port for 2016.

What is available for power includes a 1.8 liter turbocharged four-cylinder gasoline engine with 170 horsepower in both. With the Golf you can even step up to performance with the 200 plus horsepower 2.0 liter engines found in the GTI or Golf R. And you can even go electric with the e-Golf.

We don’t back away from our past appreciations for their TDI engines. They were fun to drive, got excellent fuel economy, and have proven reliable cars. We are of course very disappointed in what they’ve done and suspect that much of what made these engines so attractive may be gone when the fixes come. Our promise to you is that we’ll test them again and let the chips fall there they may.

My 2015 Smart ForTwo Pure was purchased used three years ago with 22,500 miles on it. I purchased it from Carvana online sigh unseen, having never test driven it. A video was made to document that process which ha... 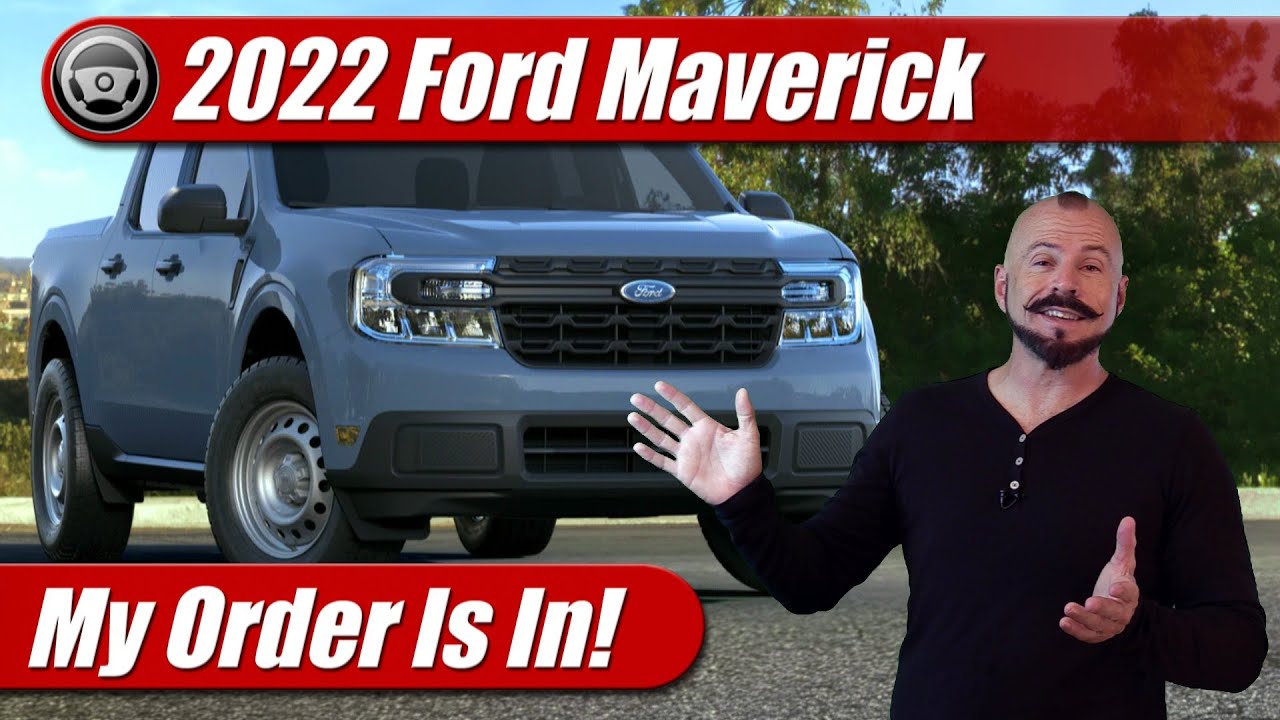